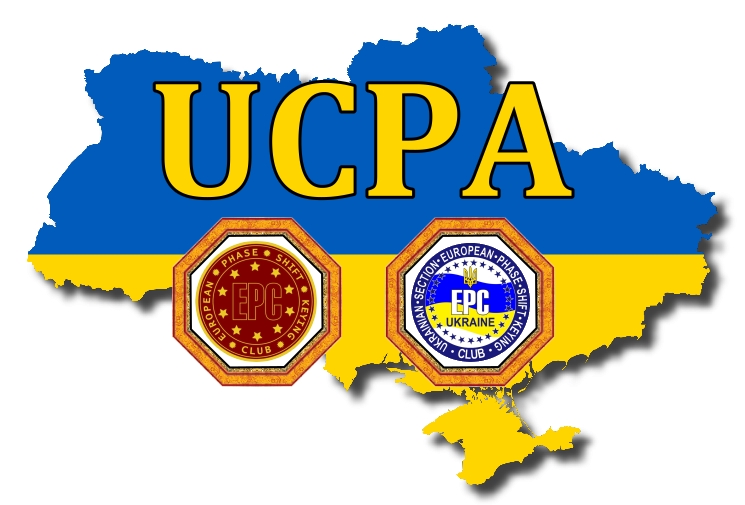 The Ukrainian Counties PSK Award (UCPA) is dedicated to the 10th Anniversary of the European PSK Club. It has been sponsored by Radioarena UK Ltd and devised by the European PSK Club on 1st May, 2016 for two-way PSK contacts with various UA counties (rayons) of Ukraine listed in the EU Areas List. Contacts count with EPC members only, on or after 10th June 2006.

UCPA 100, UCPA 200, UCPA 300, UCPA 400 and UCPA 500 awards may be claimed by any licensed radio amateur, club station or DMS/SWL eligible under the EPC Awards General Rules who can produce evidence of having contacted 100, 200, 300, 400 and 500 current (different) UA counties (rayons) respectively at the time of application. 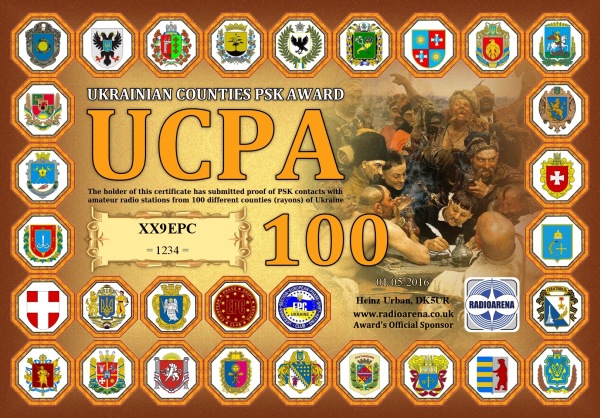 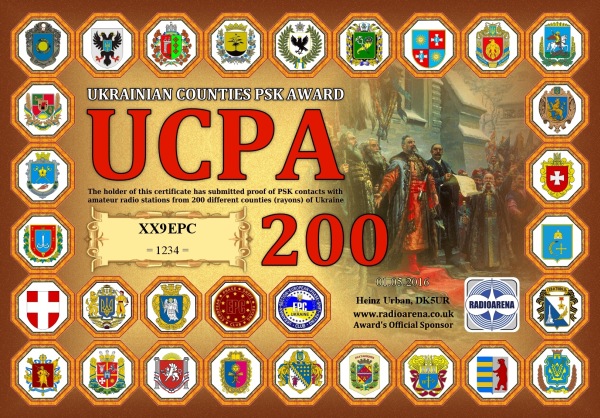 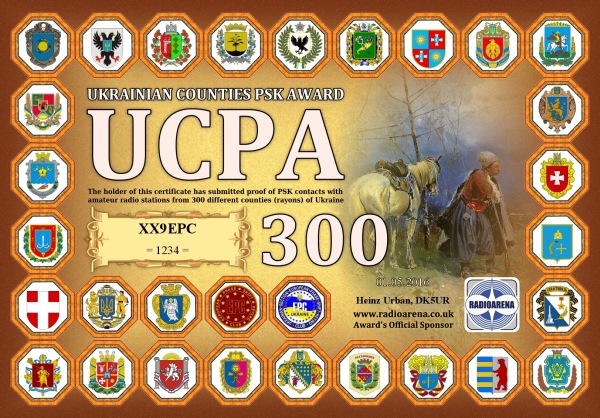 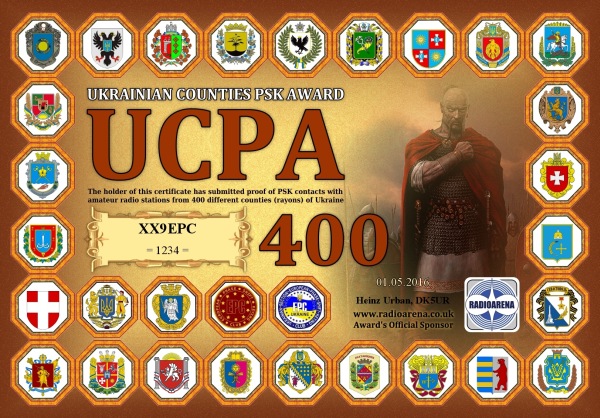 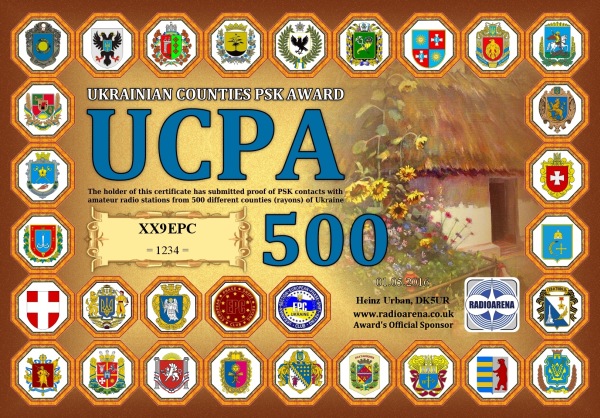