Please note that there is an important discrepancy with DXCC «continent» standards. EPC hold the opinion that Europe includes all the Ural Mountains and the Greater Caucasus (not least Mount Elbrus, which would be the highest point in Europe), while the Lesser Caucasus are located entirely in Asia. Russia and Kazakhstan have both European (western) and Asian (eastern) parts. The Turkish city Istanbul lies in both Europe and Asia; effectively making it a transcontinental city.

The basic WACPA award is earned by submission the proof of two-way PSK amateur radio contacts using any combination of HF (including 50MHz) radio bands. Specialty awards are available for working all continents on 5 bands (3.5, 7, 14, 21 and 28 MHz), WARC bands (10, 18 and 24 MHz), or any single band. WACPA awards may be claimed by any licensed radio amateur, club station or DMS/SWL eligible under the EPC Awards General Rules who can produce evidence of having contacted/monitored amateur radio stations in from all continents by using PSK modes. EPC membership is required for the award applicants. All contacts must be made on PSK modes only since January 1, 2000. 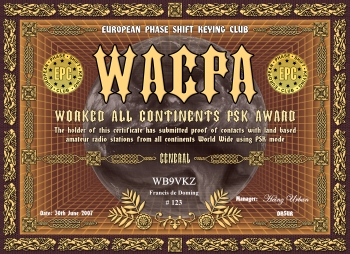 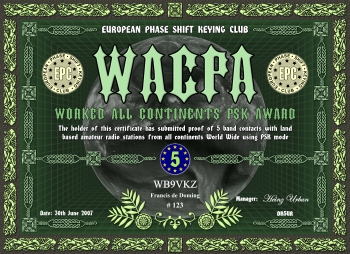 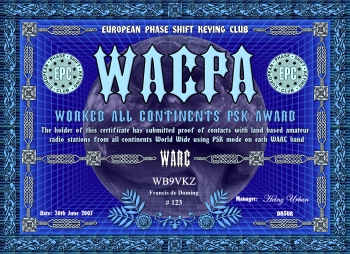 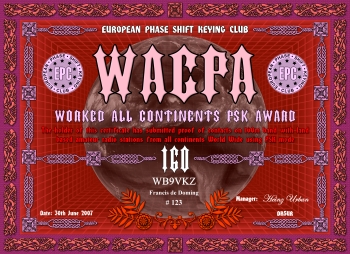 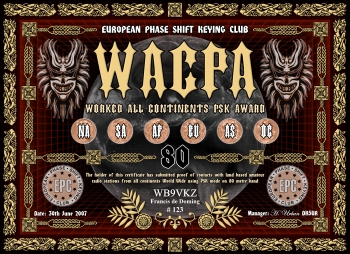 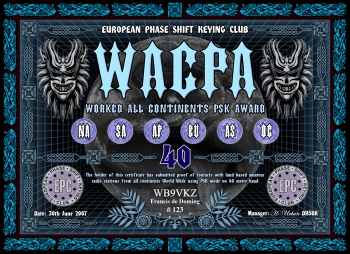 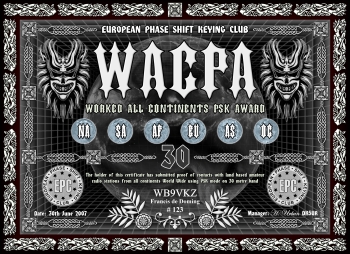 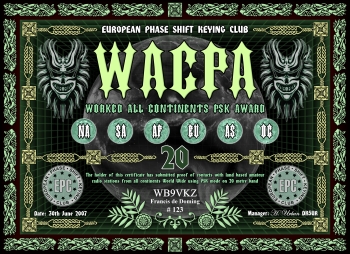 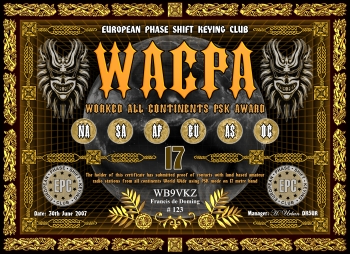 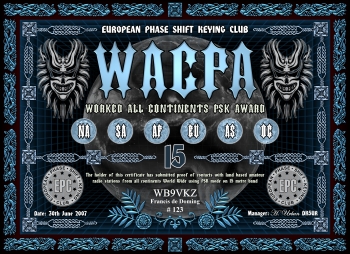 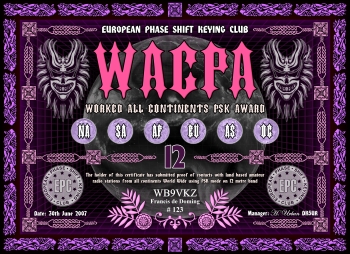 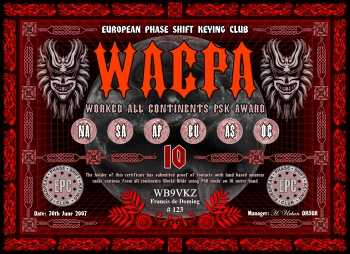 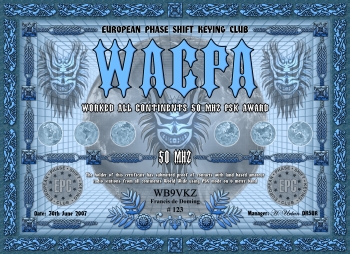