The EPC Club Stations Award Series (ECSA) was devised by the European PSK Club on 30th December 2007. This was to sponsor a series of PSK awards to promote the official EPC Club Stations activity. ECSA Class VI, ECSA Class V, ECSA Class IV, ECSA Class III, ECSA Class II, and ECSA Class I awards may be claimed by any EPC member (either licensed radio amateur, club station, SWL, or DMS) eligible under the EPC Awards General Rules who can produce evidence of having contacted or monitored the EPC Club Stations with 100, 150, 200, 250, 300, and 350 points collection respectively as explained below. Accepted PSK modes are B(Q)PSK31, B(Q)PSK63, and B(Q)PSK125. Credit will be given for contacts made on any of the amateur bands below 440 MHz. Contacts are valid on or after 18th October 2006. 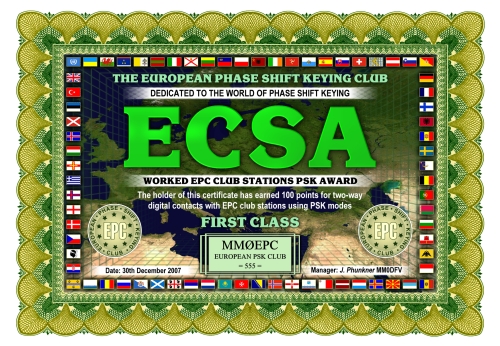 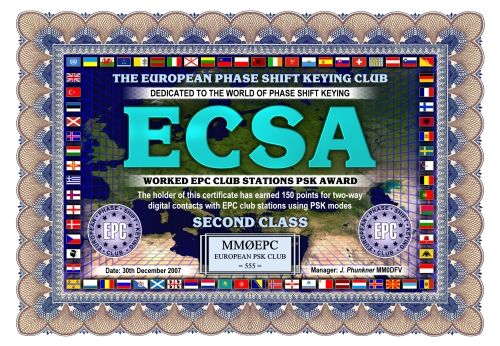 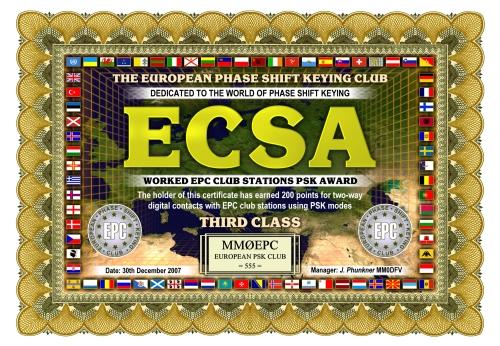 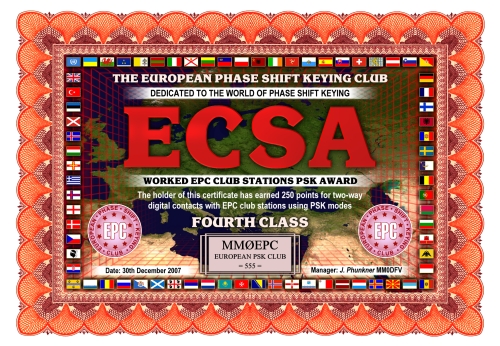 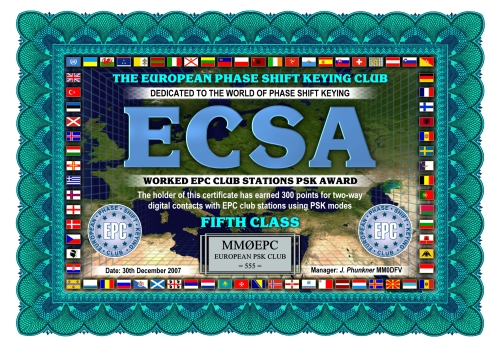 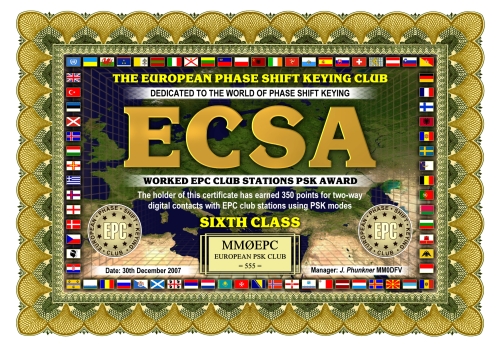