The Russian Grid Squares PSK Award Series (RGSPA) was devised by the Russian Section of the European PSK Club (EPC-RU) on 23rd March 2009. This was to sponsor a series of PSK awards for contacts with amateur radio stations from various Maidenhead Grid Squares located in Russia, or partly covered its territory. The system used is the Maidenhead Locator System. This forms the basis of the RGSPA award series.

An instrument of the Maidenhead Locator System (named after the town outside London where it was first conceived by a meeting of European VHF managers in 1980), a grid square measures 1° latitude by 2° longitude and measures approximately 70 Ã— 100 miles in the continental Europe. A grid square is indicated by two letters (the field) and two numbers (the square), as in KO85, the grid square within which RW3DQC resides

RGSPA 55,  RGSPA 73, RGSPA 88, RGSPA 100, RGSPA 150, RGSPA 200, and RGSPA 250 awards may be claimed by any licensed radio amateur, club station or DMS/SWL eligible under the EPC Awards General Rules who can produce evidence of having contacted or monitored amateur radio stations from 55, 73, 88, 100, 150, 200, and 250 different grid squares respectively on B(Q)PSK31, B(Q)PSK63, and B(Q)PSK125 modes. Credit will be given for contacts made on any of the amateur bands below 30 MHz. Each grid square counts only once. Contacts made to claim RGSPA awards have no time or date restrictions.

Please make sure that the «GRIDSQUARE» field in your  log contains the Maidenhead Grid Square for each contacted station from Russia. This is a mandatory requirement to make able the manager's software to check your application correctly. 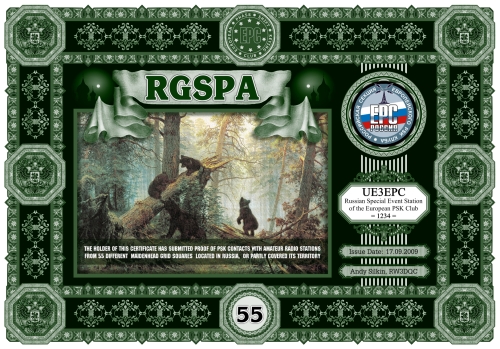 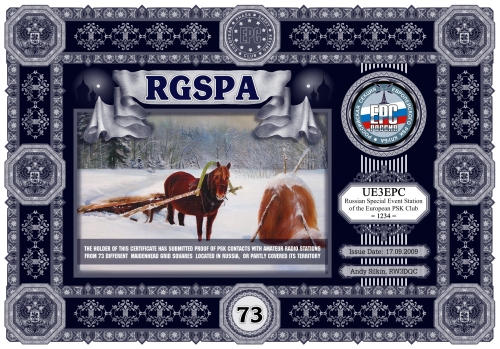 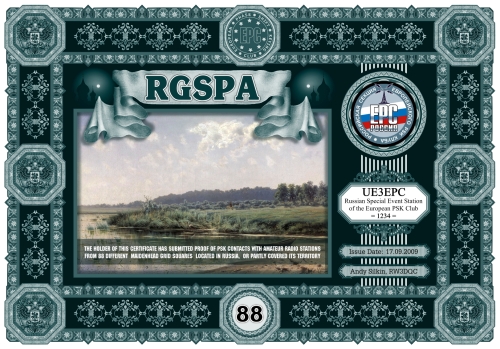 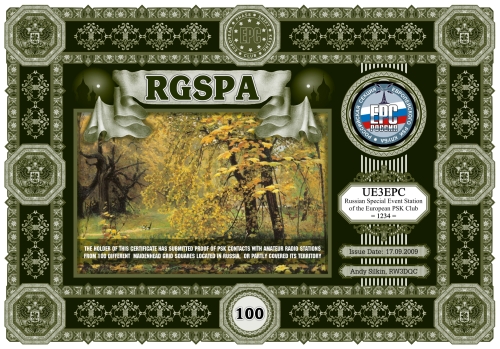 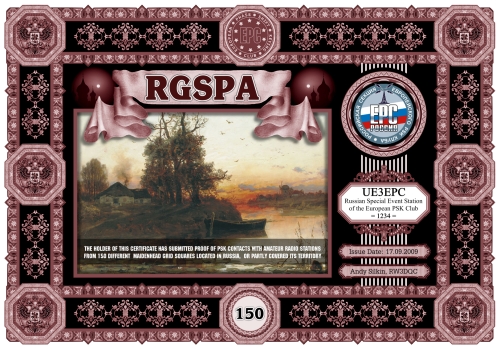 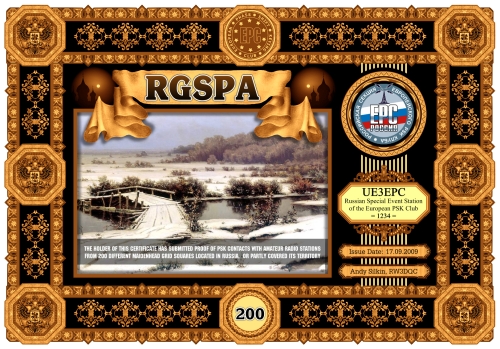 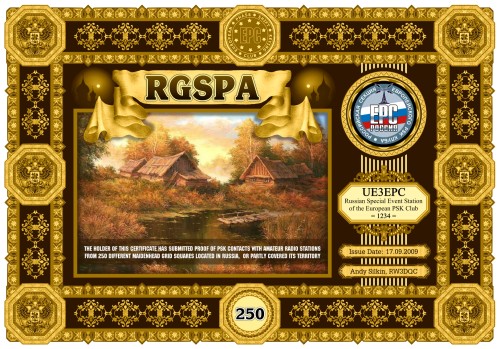