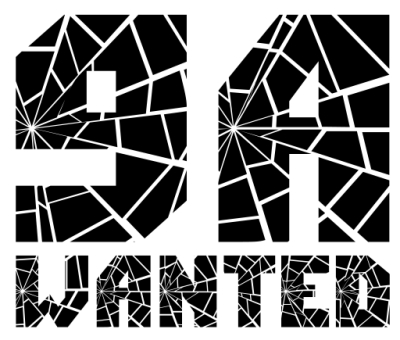 The Most Wanted Croatians Award (MWCA) was devised by the European PSK Club (EPC) and Croatian Digital Group (CDG) on 23rd April 2008 (idea and awards design by 9A3ZC). This was to sponsor a series of awards based on PSK contacts with EPC-CDG members. 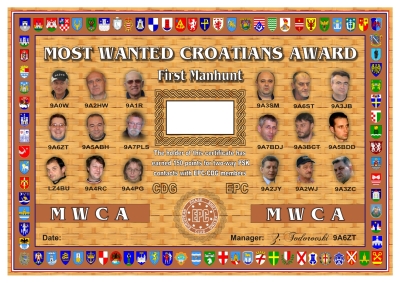 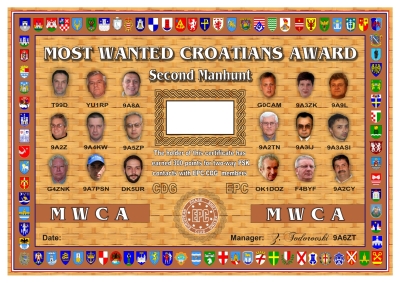 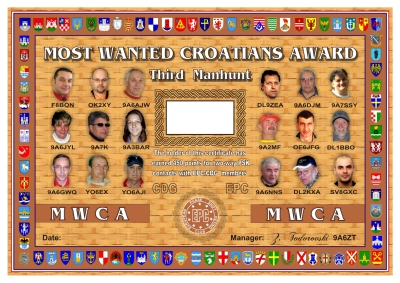 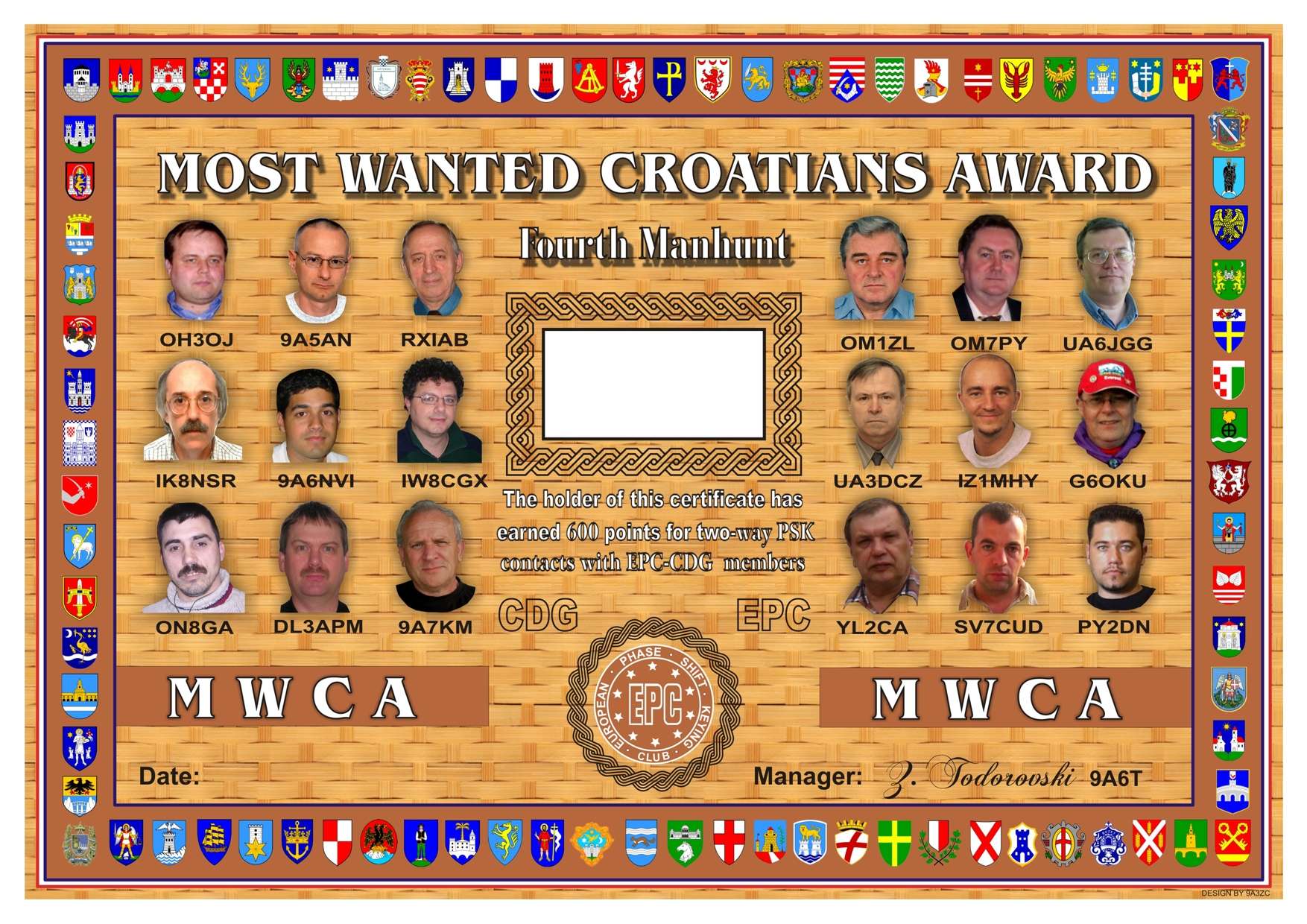