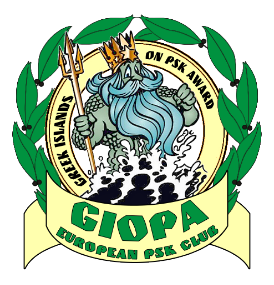 GIOPA III, GIOPA II, and GIOPA I awards may be claimed by any licensed radio amateur, club station or DMS/SWL eligible under the EPC Awards General Rules who can produce the evidence of having contacted (monitored) 4, 8, and 12 different Greek IOTA island groups respectively. Confirmations from the EPC Short Wave Listeners and Digital Monitoring Stations are accepted as confirmed contacts. All contacted stations must be «island based stations». Contacts with ships and boats, anchored or underway, and airborne aircraft, cannot be counted.

Please make sure that the «IOTA» field in your ADIF log contains the contacted station's IOTA designator, in format EU-XXX. This is a mandatory requirement to make able the manager's software to check your application correctly. 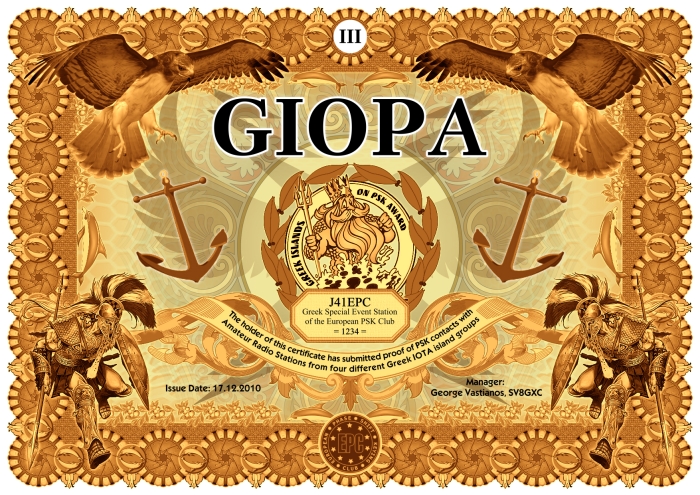 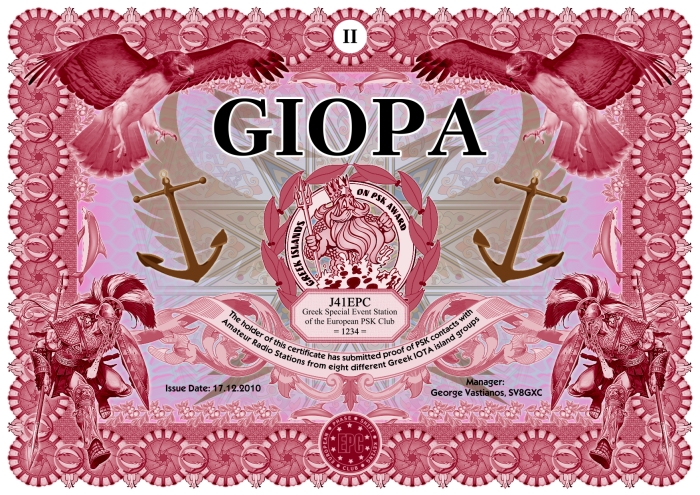 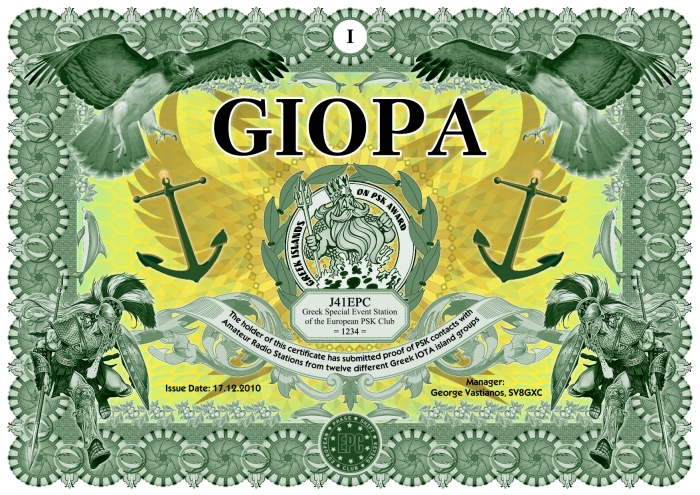