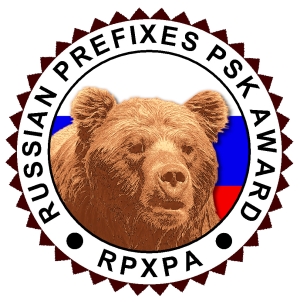 The Russian Prefixes PSK Award Series (RPXPA) was devised by the Russian Section of the European PSK Club on 18th January, 2009 and introduced to EPC award chasers on 22nd October, 2010. RPXPA 31, RPXPA 55, RPXPA 63, RPXPA 73, RPXPA 88, RPXPA 100, RPXPA 125, and RPXPA 150 awards may be claimed by any licensed radio amateur, club station or DMS/SWL eligible under the EPC Awards General Rules who can produce evidence of having contacted (monitored) 31, 55, 63, 73, 88, 100, 125, and 150 different stations from the Russian Federation respectively. Each worked (monitored) station should have a unique prefix in its call sign. This award series has no time and date restrictions.

The letter/numeral combinations which form the first part of the amateur call sign will be considered the prefix. Examples: R3, R6, RD5, UB3, R48Ã˜, etc. Any difference in the numbering, lettering, or order of same shall constitute a separate prefix. A prefix will be considered if licensed by the governing authority in the Russian Federation. In cases of portable operation in another call area, the portable designator would then become the prefix. Example: R3LA/6 would count as R6, RW9HZZ/Ã˜ would count as RWÃ˜, etc. Maritime mobile, mobile, /A, /AM, /FF, /LH, /P, or interim license class identifiers do not count as prefixes. All calls without numbers will be assigned a zero (Ã˜) plus the first two letters to form a prefix. Example: RAEM would count as RAÃ˜. 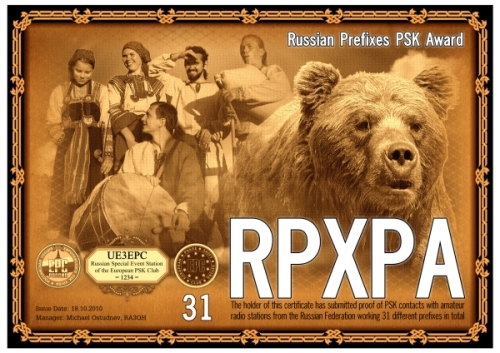 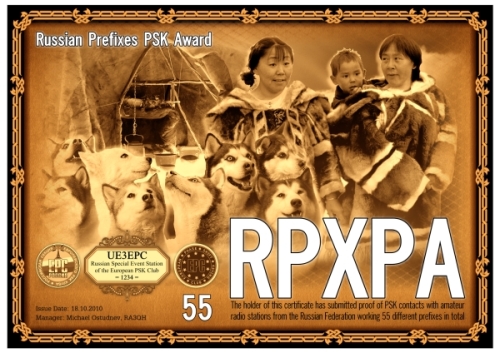 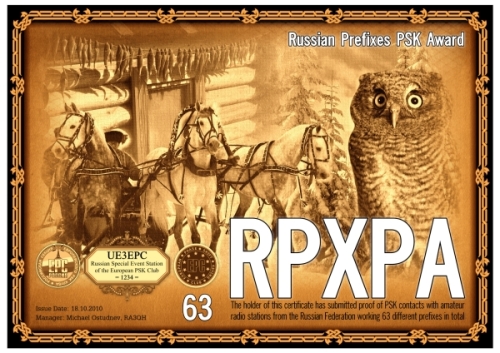 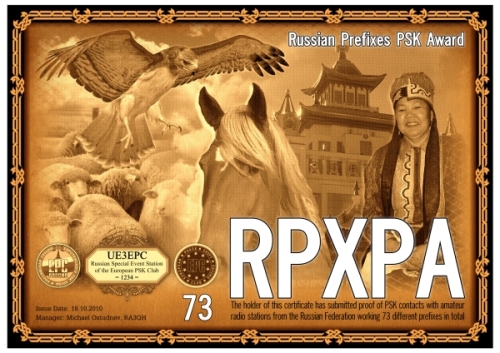 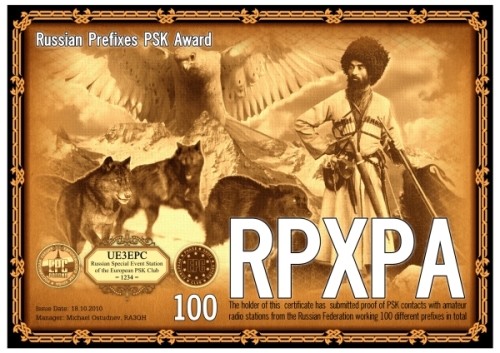 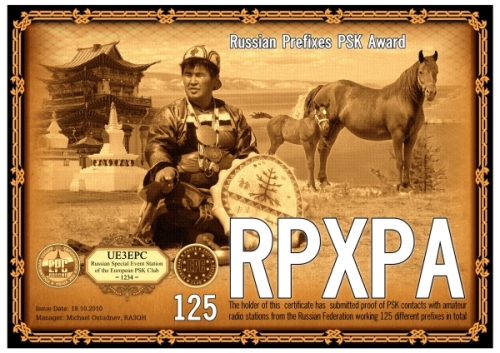 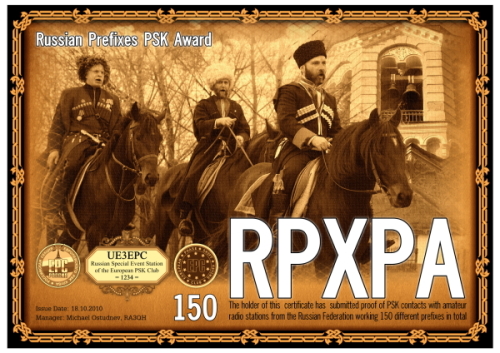