The Russian Stations PSK Award Series (RSPA) was devised by the Russian Section of the European PSK Club on 18th January, 2009 and introduced on 18th October, 2010. RSPA 500, RSPA 1000, RSPA 1500, and RSPA 2000 awards may be claimed by any licensed radio amateur, club station or DMS/SWL eligible under the EPC Awards General Rules who can produce evidence of having contacted (monitored) 500, 1000, 1500, and 2000 different stations from the Russian Federation respectively. The same station with maritime mobile, mobile, regional number, /A, /AM, /FF, /LH, /P, or interim license class identifiers count as separate stations. Overseas stations operated from Russia do not count for RSPA. 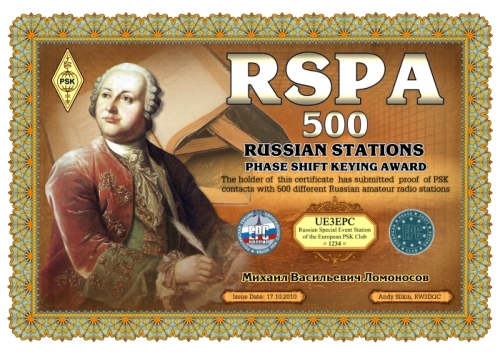 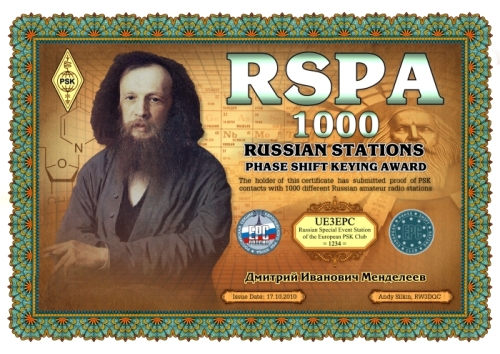 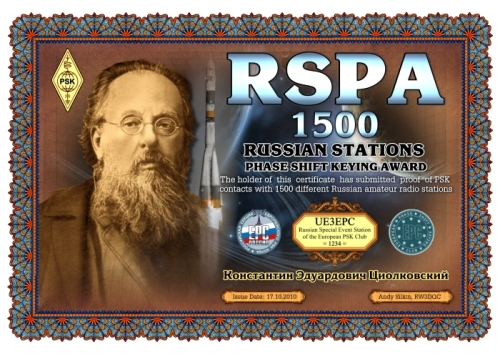 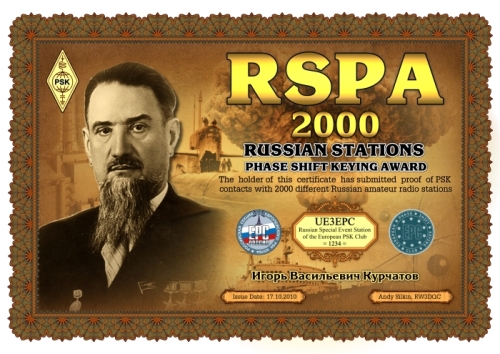