The Asian Stations PSK Award Series (ASSPA) was devised by the European PSK Club on 13th March 2008. This was to sponsor a series of awards based on PSK contacts with Asian stations. Contacts made to claim ASSPA awards have no time or date restrictions, except for contacts with EPC members, which are valid from 10th June 2006

ASSPA awards may be claimed by any licensed radio amateur, club station or SWL/DMS eligible under the EPC Awards General Rules who can produce evidence of having earned 100, 200, 300, 400, 500, 600, 700, 800, 900, and 1000 points for QSOs with different Asian amateur radio stations by using any type of the Phase Shift Keying. Each QSO with EPC member from Asia is worth 2 points, with non-EPC station - 1 point. 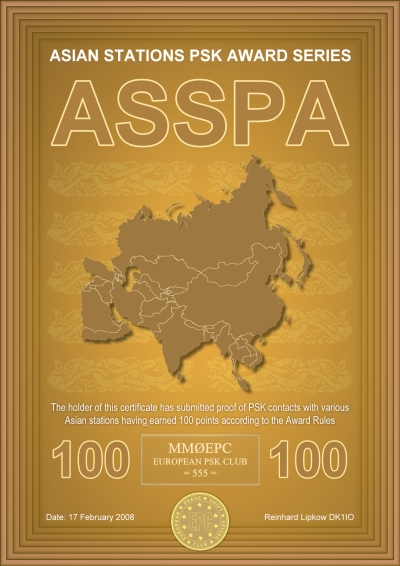 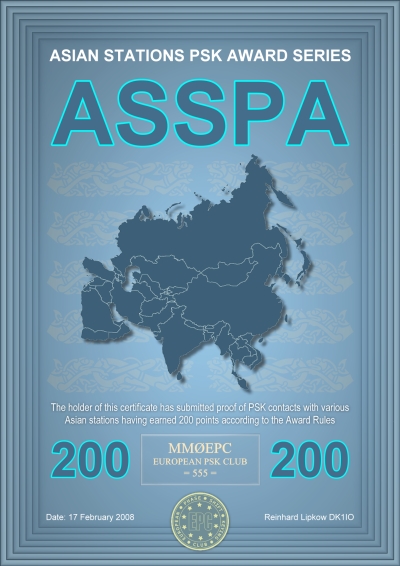 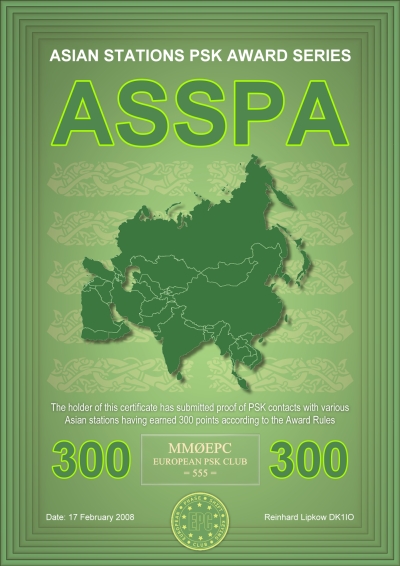 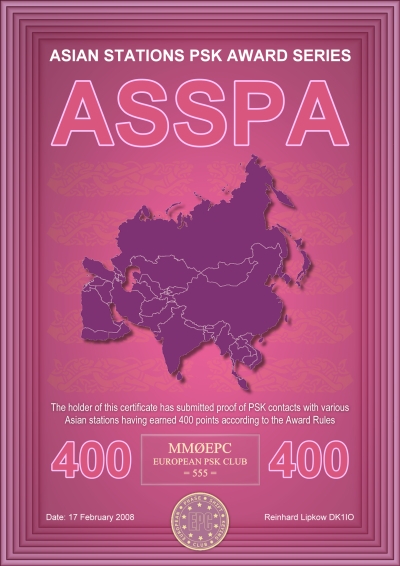 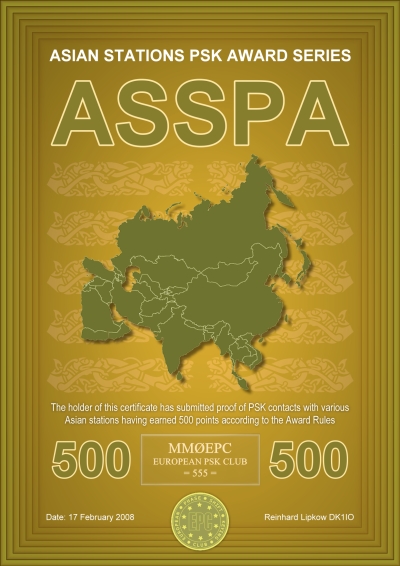 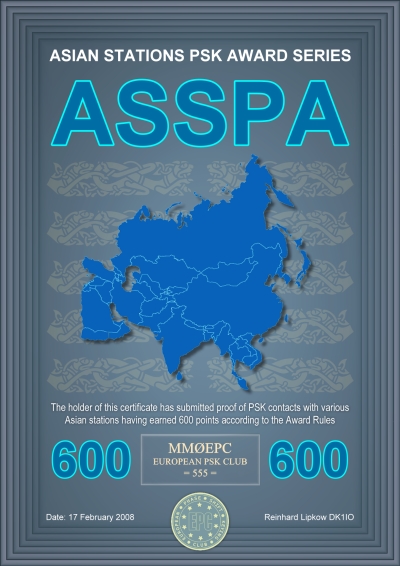 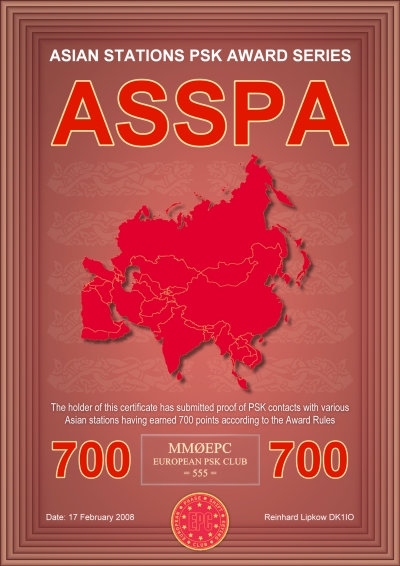 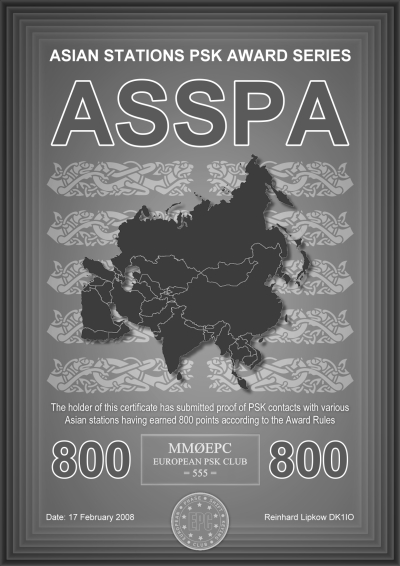 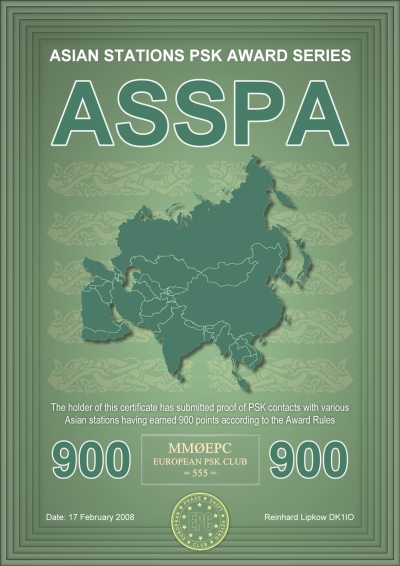 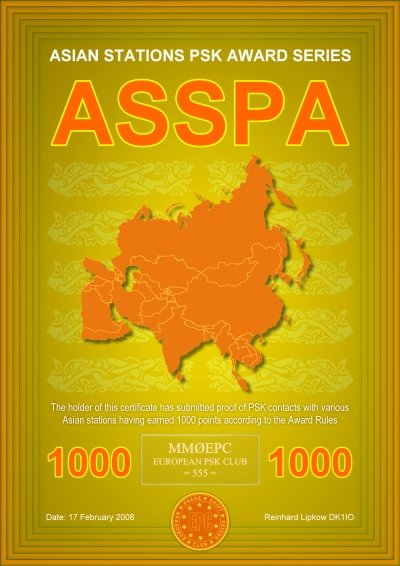