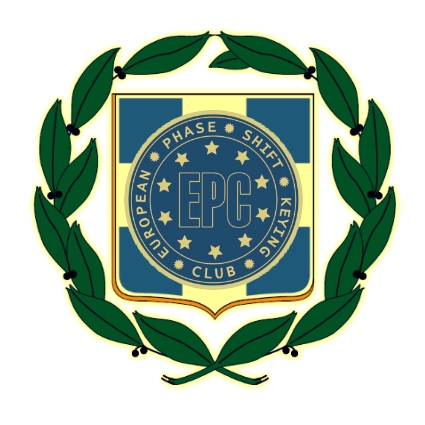 The Greek PSK Award Series (GRPA) was devised by the European PSK Club on 16th February 2008. This was to sponsor a series of PSK awards based on the EPC membership and administrative geography of Greece.

The GRPA award may be claimed by any EPC member eligible under the EPC Awards General Rules who can produce evidence of having contacted EPC members from Greece by using any type of the Phase Shift Keying. The applicant should earn a certain amount of points from a certain amount of EU areas within Greece for each award level as listed below. Each contact is worth 5 points. A multiplier of 1 (one) is for each different EU Area and each IOTA island group within Greece. The final score is the result of the total QSO points multiplied by the sum of multipliers. Greek station located on the island gives 2 (two) multipliers simultaneously, 1 (one) for EU area, and 1 (one) for IOTA island group. As an exception 5 (five) contacts with different non-EPC members from Greece can be used as a «Joker» to replace any one missing EU area. In this case an award applicant gets 1 (one) point per each QSO, 1 (one) "EU area multiplier" for all 5 contacts, and 1 (one) separate multiplier per each IOTA group if applicable. This counts once per 1 (one) award. It could be used 9 times in total per whole award series. Contacts for GRPA are valid on or after 10th June 2006.

Map of the EU Areas within Greece. 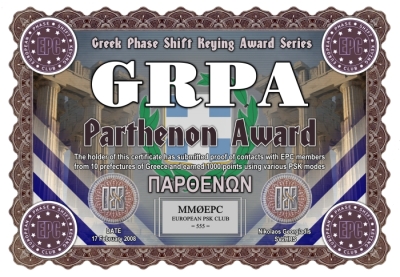 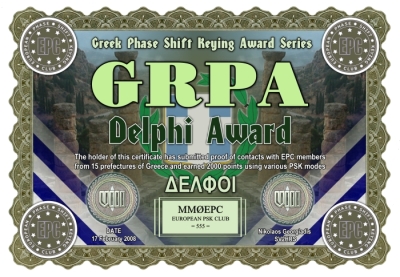 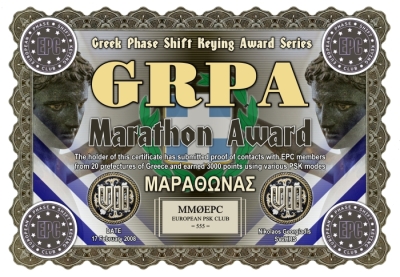 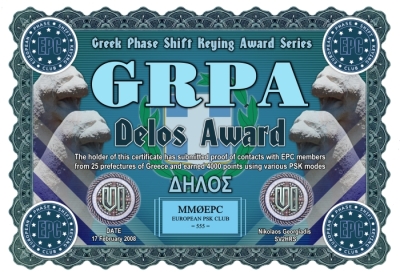 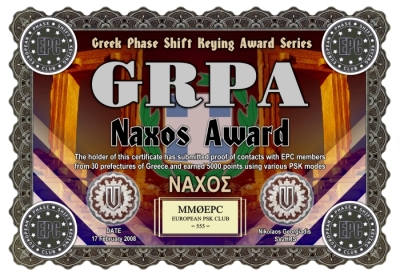 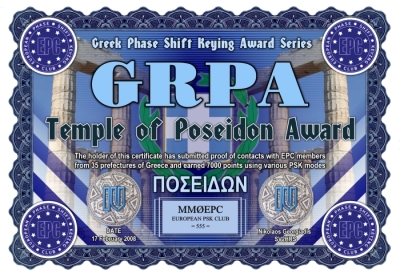 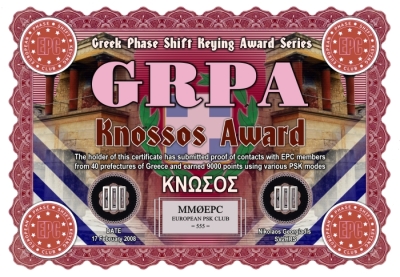 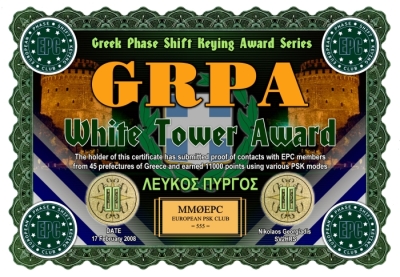 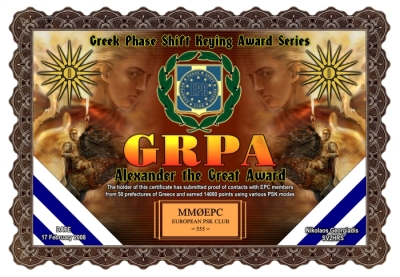