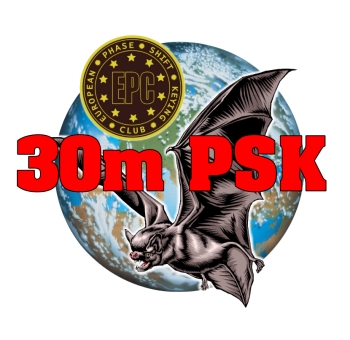 The EPC 30m PSK Award Series (EPC30) was devised by the European PSK Club on 10th February 2008. This was designed to encourage PSK contacts with EPC members on 30m (10.140-10.150 MHz) band. EPC30 awards may be claimed by any licensed radio amateur, club station or SWL/DMS eligible under the EPC Awards General Rules who can produce evidence of having contacted/monitored EPC members on 30 metres band according to the following requirements: Bronze Award (100 members), Silver Award (200 members), Gold Award (400 members), Platinum Award (800 members) and Diamond Award (1600 members). EPC membership is required for the EPC30 award applicants. All contacts must be made on PSK modes since June 10, 2006. 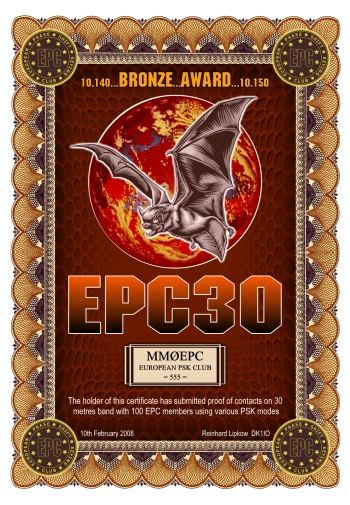 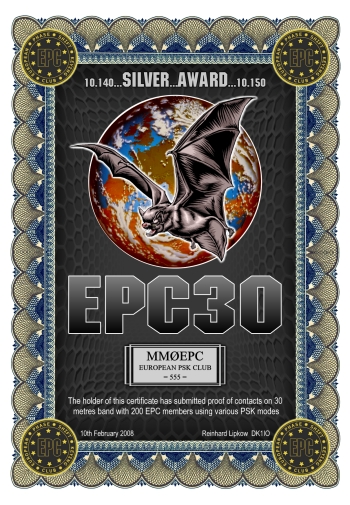 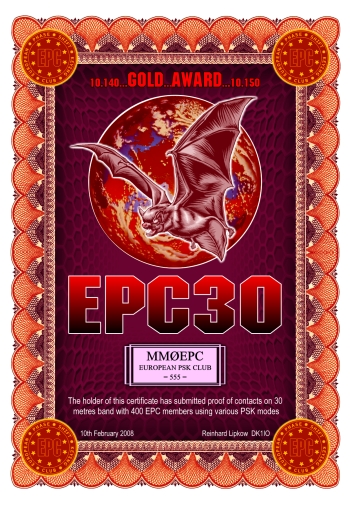 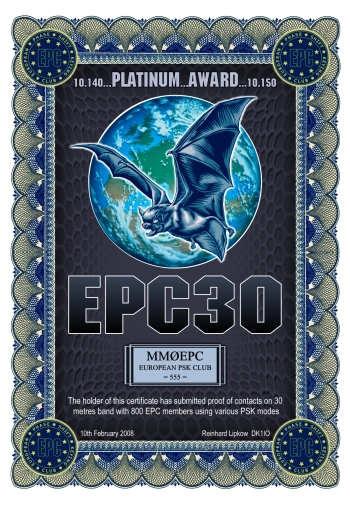 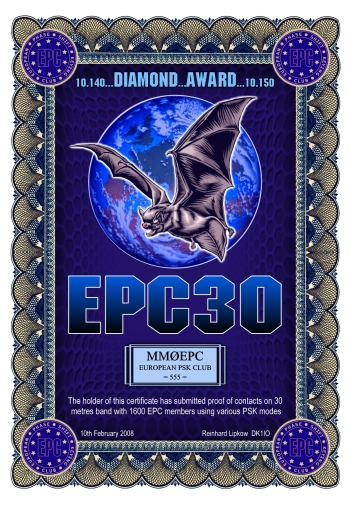