The European Union PSK Award Series (EUROPA) was devised by the European PSK Club on 22nd January 2008. This was designed to encourage PSK contacts with EPC members from various countries of the European Union. EUROPA awards may be claimed by any licensed radio amateur, club station or SWL eligible under the EPC Awards General Rules who can produce evidence of having contacted EPC members from at least 25 countries according to the requirements listed below. EPC membership is required for the EUROPA award applicants. Credit will be given for contacts made on any of the amateur bands below 430 MHz. All contacts must be made on PSK modes since June 10, 2006. The award requirements are based on the amount of inhabitants in each country. 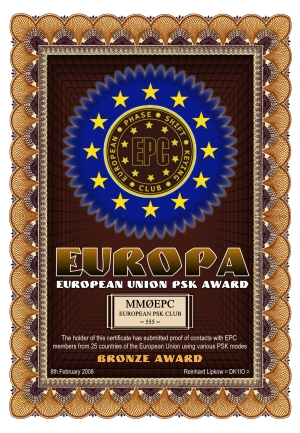 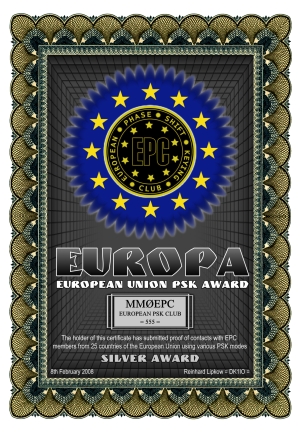 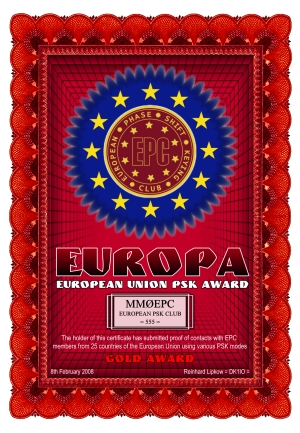