The Phase Awards was devised by the European PSK Club on 4th September 2006. This was to sponsor a series of DX awards based on the DXCC countries list (there are 337 current entities in total). Phase 50, Phase 100, Phase 150, Phase 200, Phase 250 and Phase 300 Awards may be claimed by any licensed radio amateur, club station or SWL eligible under EPC Awards General Rules who can produce evidence in a form of ADIF log of having contacted 50, 100, 150, 200, 250 and 300 current DXCC entities respectively at the time of application by using BPSK31 mode. Deleted entities don't count for these awards. EPC membership is required for Phase award applicants. All contacts must be made since January 1, 2000.

Credit will be given for contacts made on any of the amateur bands below 30 MHz. Confirmations from the EPC Short Wave Listeners are accepted as confirmed contacts. All stations contacted must be "land stations." Contacts with ships and boats, anchored or underway, and airborne aircraft, cannot be counted. For the purposes of this award, remote control operating points must also be land based. Exception: Permanently docked exhibition ships, such as the Queen Mary and other historic ships will be considered land based. 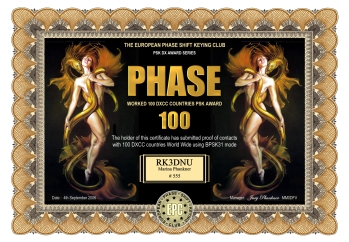 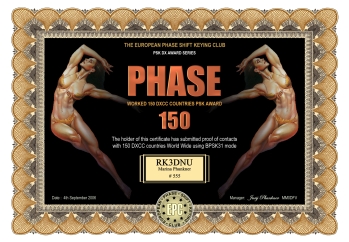 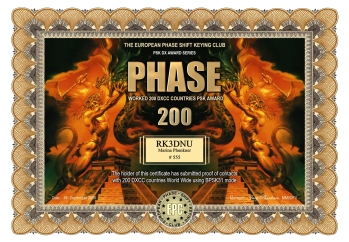 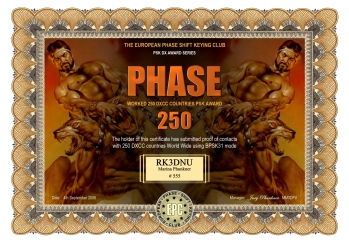 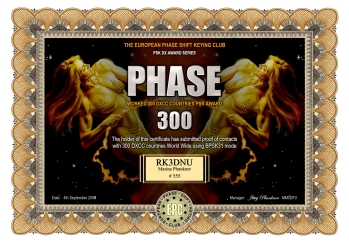