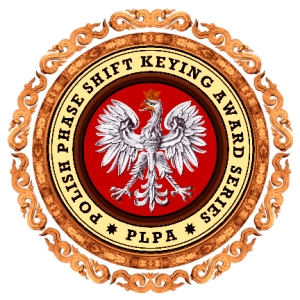 The Polish PSK Award Series (PLPA) was devised by the European PSK Club (EPC) on 23rd April 2009. This was to sponsor a series of PSK awards based on the Administrative Geography and Amateur Radio activity in the Republic of Poland. Any award in this series may be claimed by any licensed radio amateur, club station, or DMS (SWL) eligible under these Rules who can produce evidence in a form of ADIF log of having contacted or monitored amateur radio stations from Poland on B(Q)PSK31, B(Q)PSK63, and B(Q)PSK125 modes. Credit will be given for contacts made on any of the amateur bands below 30 MHz.

Poland is currently divided into 16 provinces known as voivodeships (Polish: wojewÃ³dztwo). The main PLPA (Polish PSK Award) may be claimed for PSK contacts with amateur radio stations from all the 16 voivodeships of Poland. Contacts are valid on or after 10th June 2006 with the EPC members only. 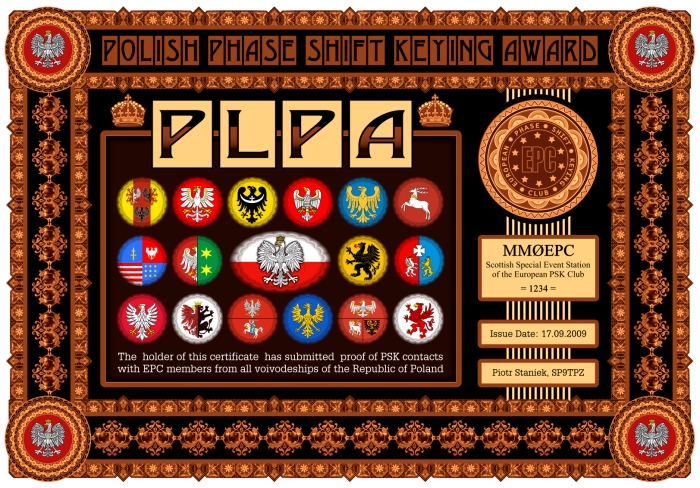 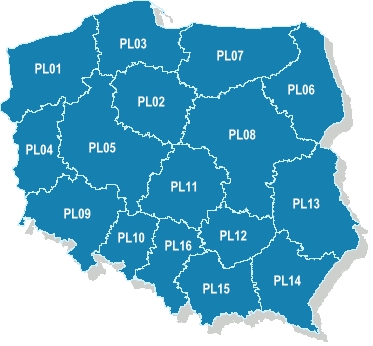 Prefixes: The two letters (or one number and letter) + one number combinations which form the first part of the amateur call sign will be considered the standard (ordinary) prefix. Examples: SP6, SQ9, SNÃ˜, 3ZÃ˜, etc. Any difference in the numbering, lettering, or order of same shall constitute a special (unique) prefix, which is valid as a «Joker». Example: 3Z7Ã˜BZU would count as 3Z7Ã˜. A prefix will be considered if licensed by the governing authority, such as the Office of Electronic Communications (UrzÄ…d Komunikacji Elektronicznej), or the European Conference of Postal and Telecommunications Administrations (CEPT). In cases of portable operation in Poland, the portable designator would then become the prefix. Portable designators without numbers will be assigned a zero (Ã˜) at the end of the designator to form the prefix. Example: SP/MMÃ˜EPC would count as SPÃ˜. When claiming a prefix which has been sent as MMÃ˜EPC/SP3, for example, it is requested that the claimed prefix be listed in the proper alphabetical position, such as SP3/MMÃ˜EPC. The portable prefix must be an authorized prefix of the area of operation. Maritime mobile, mobile, /A, /AM, /E, /J, /LH, /P, /T or interim license class identifiers do not count as prefixes. All Polish calls without numbers (if any at all) will be assigned a zero (Ã˜) plus the first two letters to form a prefix. Contacts with the Polish Antarctic Stations, such as HFÃ˜POL, also count for the PLPXA award series. 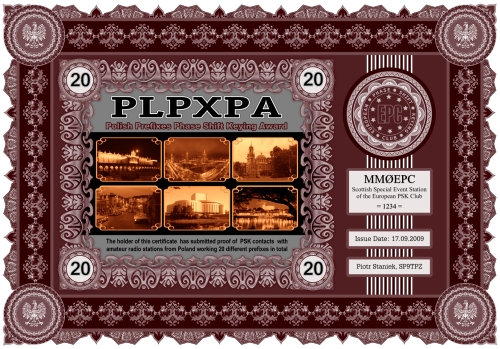 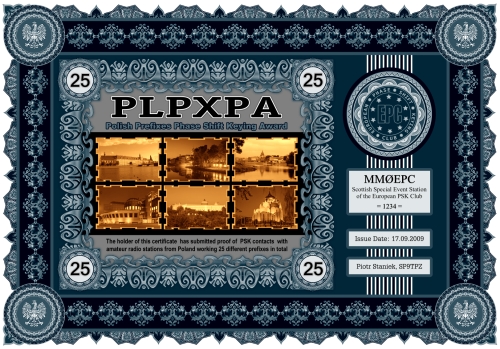 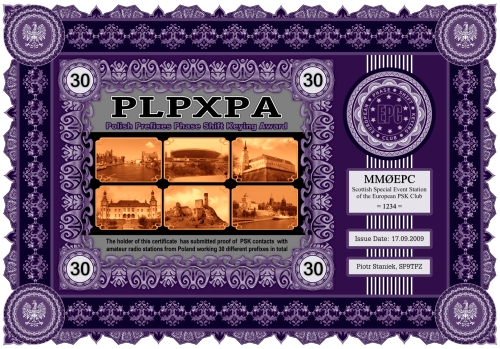 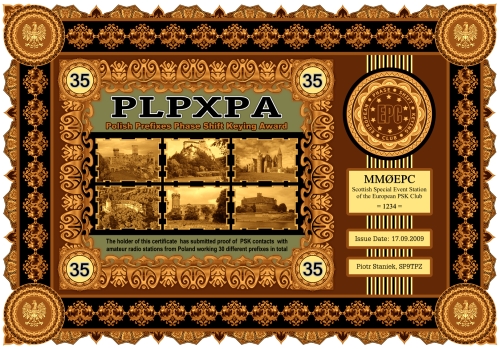