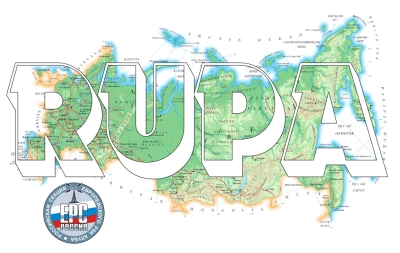 The Russian (Regional Counties) PSK Award Series (RUPA) has been devised by the European PSK Club on 15th May, 2011. This award series consists of a few tens of regional awards based on administrative geography of the Russian Federation and issued for PSK contacts with various Russian counties (EU and AS Areas) as ruled below. Every new regional award series will be added here gradually as soon as we have finished specific to the region rules and award design.

Contacts are valid on or after 10th June 2006. Contacted or monitored stations should be EPC members. As an exception from the rule the applicant can ask the award manager to include his contact with none-EPC member in case if she/he knows for 100% correct EU Area or AS Area and Grid Locator of that station. Please use corresponding fields of your ADIF log to keep such information clear (EU/AS Area should be written down in the «COMMENT» field in #AREA XX.XX.XX format, and the station's Grid Locator should be written down in the «GRIDSQUARE» field in XXÃ˜Ã˜XX format, or in the «COMMENT» field in #GRID XXÃ˜Ã˜XX format, where «X» is a letter from A to Z, and «Ã˜» is a number from Ã˜ to 9). If you have any additional questions or concerns of any kind, please do not hesitate to contact a corresponding award manager. 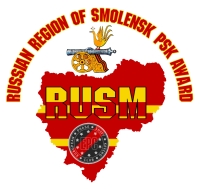 The Region (Oblast) or Province of Smolensk is a federal subject of the Russian Federation. Administratively it is divided into 27 counties (rayons). Amateur prefixes in the region are R2L, R3L, R5L, RA2L-RZ2L, RA3L-RZ3L, RA5L-RZ5L, UA2L-UI2L, UA3L-UI3L, and UA5L-UI5L.

The Russian Region of Smolensk PSK Award Series (RUSM) has been devised by the European PSK Club on 15th May, 2011. This award series is based on administrative geography of the Region (Province) of Smolensk and issued for PSK contacts with amateur radio stations operated from various counties (EU Areas) of the region.

RUSM Bronze, Silver and Gold Awards may be claimed by any licensed radio amateur, club station or DMS/SWL eligible under the EPC Awards General Rules who can produce evidence in a form of ADIF log of PSK contacts with 9, 18, and all 27 counties (EU Areas) of the Region (Province) of Smolensk (all EU Areas starting with «RU.SM» in their codes) respectively at the time of application. If you have any additional questions or concerns of any kind, please do not hesitate to contact the RUSM award manager - Yuri Zuyev, UA3LSX. 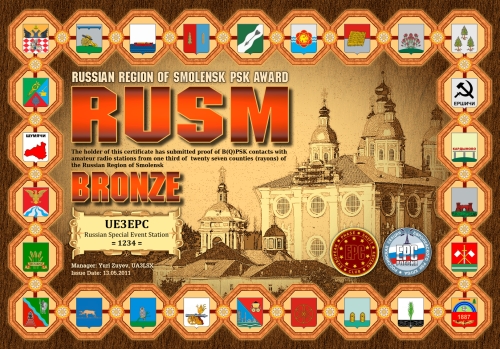 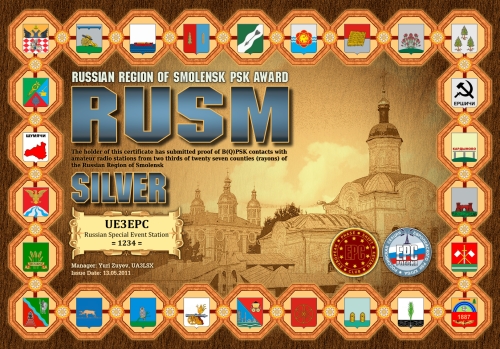 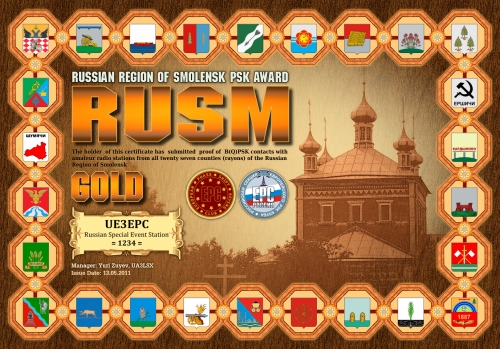