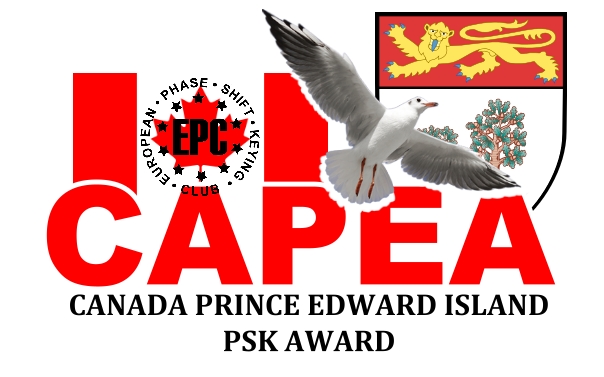 CAPEA 10, CAPEA 20, CAPEA 30, CAPEA 40, CAPEA 50, CAPEA 60 and CAPEA 70 awards may be claimed by any licensed radio amateur, club station or DMS/SWL eligible under the EPC Awards General Rules who can produce evidence of having contacted 10, 20, 30, 40, 50, 60, and 70 current (different) municipalities of Prince Edward Island respectively at the time of application.

Please make sure that the «CNTY» field in your ADIF log contains correct municipality name - exactly as given in the column «Name» in the table below. Or add the AreaCode in format "#AREA CA.PE.XXX" to your commment field. 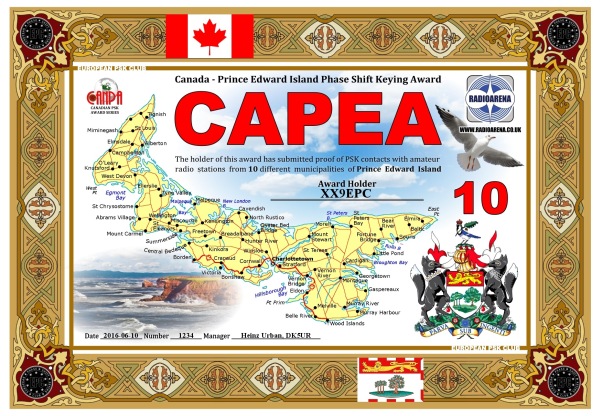 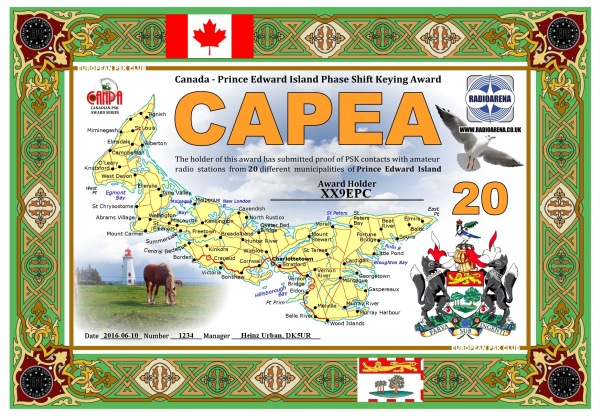 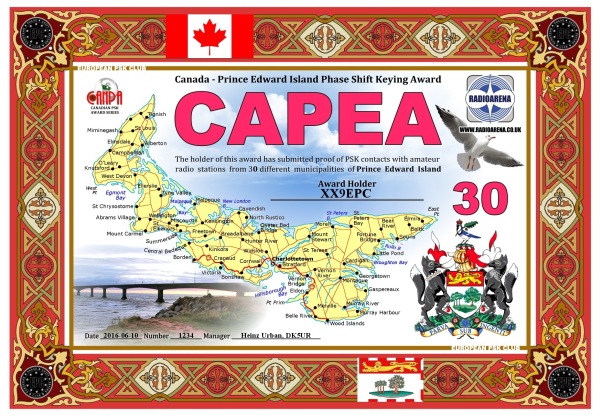 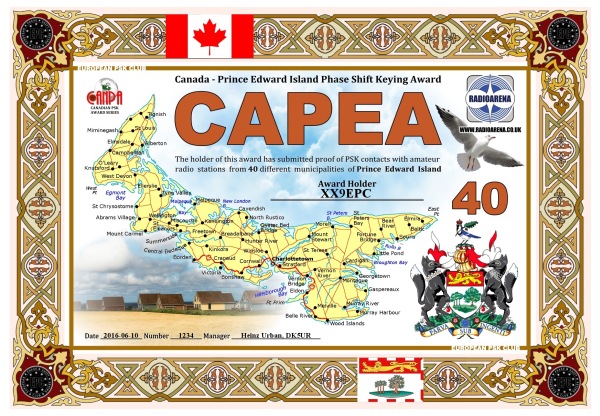 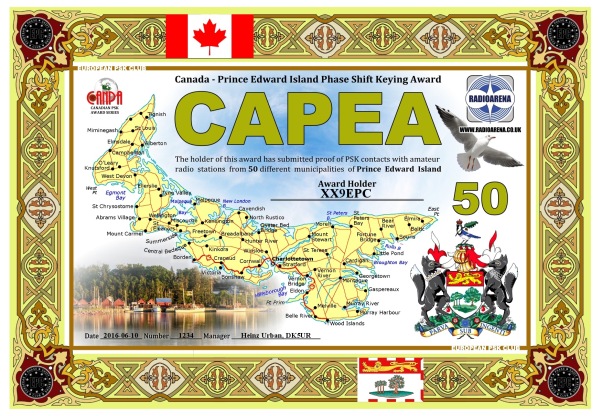 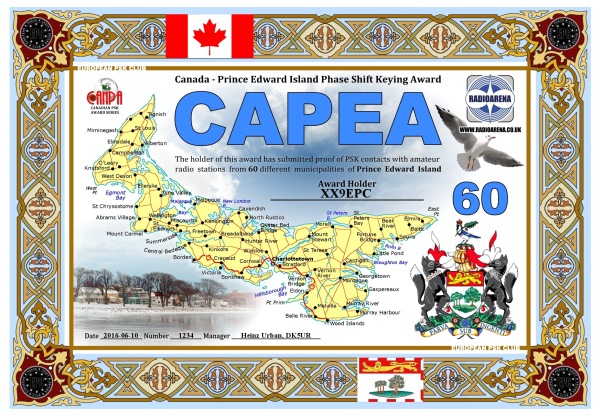 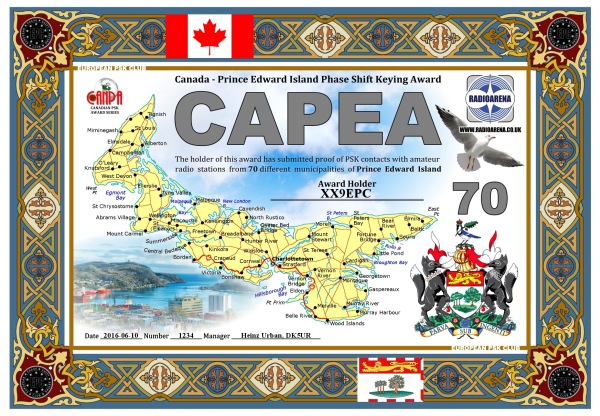