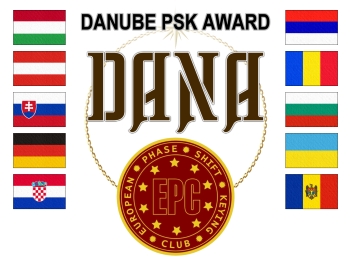 The Danube PSK Award Series (DANA) was devised by the European PSK Club (EPC) on 5th June 2008. This was to sponsor a series of PSK awards for contacts with EPC members from various Danubian EU Areas. The Danube is the longest river in the European Union and Europe's second longest river after the Volga. The river originates in the Black Forest in Germany as the much smaller Brigach and Breg rivers which join at the German town Donaueschingen, after which it is known as the Danube and flows eastwards for a distance of some 2850 km, passing through four Central and Eastern European capitals, before emptying into the Black Sea via the Danube Delta in Romania and Ukraine. Known to history as one of the long-standing frontiers of the Roman Empire, the river flows through - or forms a part of the borders of - ten countries: Germany (DL), Austria (OE), Slovakia (OM), Hungary (HA), Croatia (9A), Serbia (YU), Romania (YO), Bulgaria (LZ), Moldova (ER), and Ukraine (UR).

DANA Bronze, DANA Silver, DANA Gold, DANA Platinum, and DANA Diamond Awards may be claimed by any licensed radio amateur, club station or DMS/SWL eligible under the EPC Awards General Rules who can produce evidence of having contacted/monitored EPC members from 30, 35, 40, 45, and 50 Danubian EU Areas respectively at the time of application on BPSK31, BPSK63, BPSK125, QPSK31, QPSK63, and/or QPSK125 modes. Credit will be given for contacts made on any of the amateur bands below 30 MHz. Each EU Area counts only once. Contacts are valid on or after 10th June 2006. 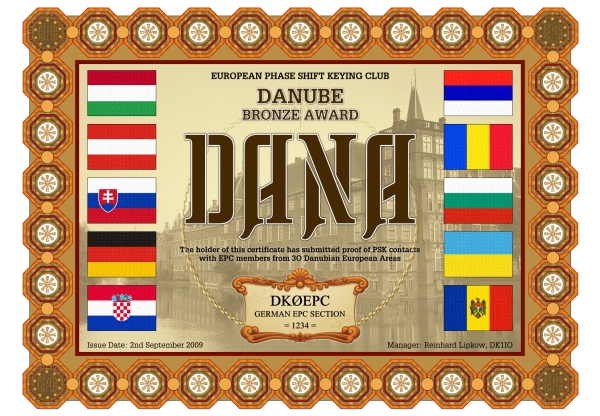 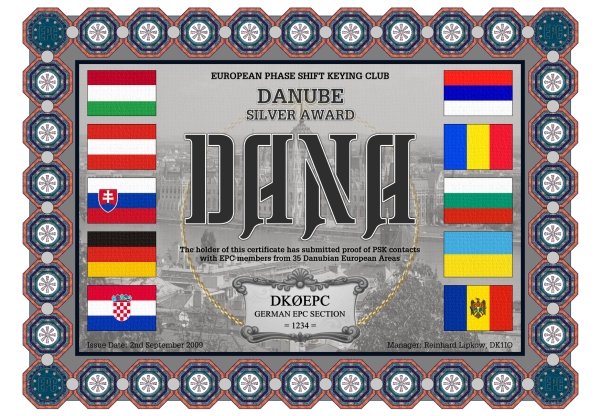 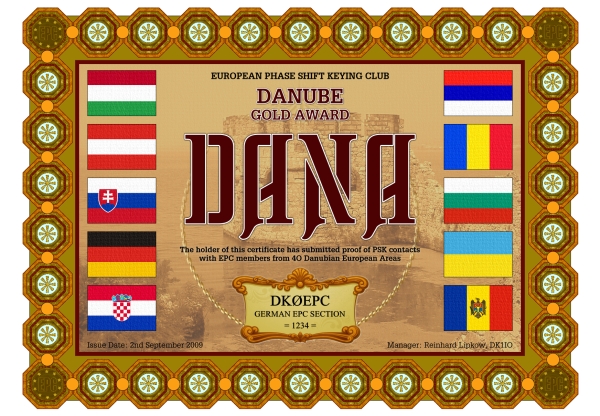 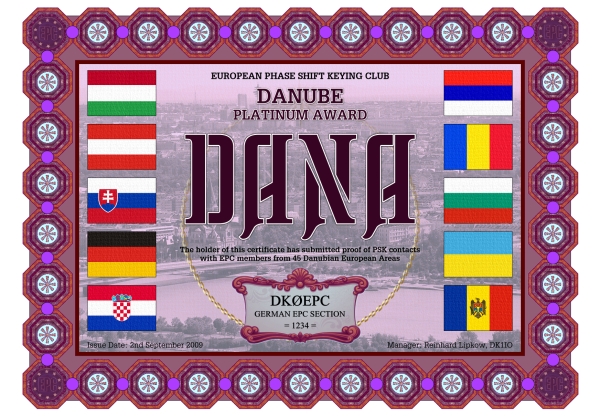 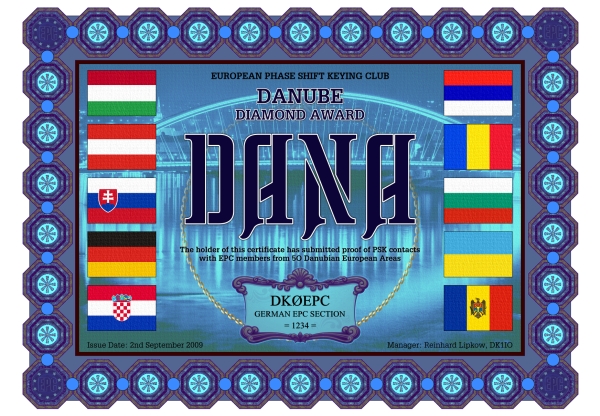