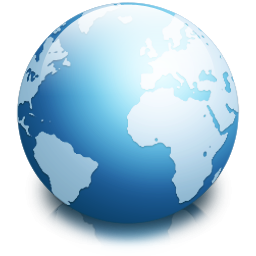 1. Continents. A continent is one of several large landmasses on Earth. In geography, they are identified by convention rather than any strict criterion, with seven regions commonly regarded as continents €“ they are (from largest to smallest): Asia, Africa, North America, South America, Antarctica, Europe, and Oceania. Accordingly the EPC DX Areas are grouped into seven continental groups €“ AS Areas, AF Areas, NA Areas, SA Areas, AN Areas, EU Areas, and OC Areas. The boundaries of these continental groups differ form the DXCC or WAC definitions.

2. Sovereign State. A sovereign state is a political association with effective internal and external sovereignty over a geographic area and population which is not dependent on, or subject to any other power or state. The sovereign state must be recognized by the United Nations Organization in respect to be classified for the EPC Award Programme.

4. DX Area Codes. The EPC Award Committee has defined a hierarchical set of DX Area Codes. Each DX Code consists of 3 x two-letter sequenced combinations. Be aware that these are not an official standard, sanctioned by any international body. They are intended for internal use within the EPC Award Programme.

4.1 ISO 3166 Standard. The first two-letter combination of the DX Area Code is based on either the two-letter Continent abbreviation or ISO 3166-1 two-letter country code (depends on the size of the Sovereign State and its administrative system). The ISO 3166-1 is part of the ISO 3166 standard published by the International Organization for Standardization (ISO), and defines codes for the names of countries, dependent territories, and special areas of geographical interest. Each Sovereign State has a unique two-letter code, which is the same as its ISO 3166-1 code. Only a few territories with «exceptional» status do not fall under this rule, such as the Sovereign Military Order of Malta or the Spratly Archipelago. Such territories have specially created two-letter combinations instead of the official ISO 3166-1 two-letter country codes.

4.3 Secondary Subdivision. The third two-letter combination of the DX Area Code is based on the secondary or third subdivision of a sovereign state. Each secondary or third subdivision of a sovereign state has a code that is unique within its primary division. Therefore, by concatenating the codes, you can create a unique code for each subdivision listed. For example, EU.HR.BB represents County of Bjelovar and Bilogora (BB), in the Republic of Croatia (HR), in Europe (EU); DE.BW.RA represents County of Rastatt (RA), in the State of Baden-WÃ¼rttemberg (BW), in the Federal Republic of Germany (DE).

4.4 Artificially Created Subdivisions. Some DX Areas are based on the artificially created primary and/or secondary subdivisions. Most of island-consisted countries or territories fall under this rule, as well as some sovereign states with one level of the official subdivision, or where the second subdivision has too many small territorial units within the single primary subdivision. These arrangements are made entirely by the EPC Award Committee for the purposes of the EPC Award Programme.

4.5 Mnemonics. The two-letter combination codes are mnemonic. They consist of the first letter in the subdivision name, followed by a letter that occurs later in that name, unless it was impossible to assign unique codes by that rule. We intend to provide updates to these two-letter codes whenever geographical changes occur. We will create a new code in each case where a subdivision's territorial extent changes, except for minor boundary adjustments. We will avoid reusing obsolete codes for as long as possible.

4.6 Exclusive and Exhaustive Concept. Primary divisions are exclusive and exhaustive within their sovereign state; secondary divisions are exclusive and exhaustive within their primary division, and so on. «Exclusive» means that no two divisions overlap; they have only boundary points in common, with an area of zero. «Exhaustive» means that the set of subdivisions completely covers the area being subdivided. For example, all of the townships and counties of the State of Baden-WÃ¼rttemberg, taken together, account for the entire territory of the State of Baden-WÃ¼rttemberg.

4.7 Listed Names. Each DX Area in the list is represented with its full English name along with the name on one or more local languages as well. When Latin or Cyrillic letters are not available the Latinized names are used.

5. DX Areas with «Exceptional» Status. Due to the specific location, special national or international status, some DX Areas have been defined with an «exceptional» status from the standard administrative geography mentioned above.

5.4 Remote Islands. Some «exceptional» DX Areas are based on remotely located islands. They have been assigned with «exceptional» status due to their specific remote location or special status within the sovereign state. A good example is Clipperton Island (French Republic) or Jan Mayen Island (Kingdom of Norway).

5.5 Disputed Territories. Some DX Areas with «exceptional» status are based on the disputed territories. A territorial dispute is a disagreement over the possession or control of land between two or more sovereign states, or over the possession or control of land by one sovereign state after it has conquered it from a former state no longer currently recognized by the occupying power. A good example is the Spratly Archipelago in the South China Sea.

5.6 Antarctica. The DX Areas list of Antarctica is based on the geographical lands, sectors, and islands within the Antarctic Treaty Area, that is all areas between 60° and 90° of latitude South. All Antarctic DX Areas have «exceptional» status. Antarctica has no «permanent population» and hence no citizenship or government. All personnel present on Antarctica at any time are citizens or nationals of some sovereignty outside of Antarctica, as there is no Antarctic sovereignty. The majority of Antarctica is claimed by one or more countries, but most countries do not explicitly recognize those claims. There is a cross-reference table with the most completed list of camps, depots, huts, refuges, research stations, and other man-made permanent or historical facilities.

5.7 Occupied Territories. Occupied territory is a territory under military occupation. Territory is considered occupied when it is actually placed under the authority of the hostile army. The occupation extends only to the territory where such authority has been established and can be exercised. At the end of a war, usually the victorious side is in possession of territory previously possessed by another sovereign state. This territory is known as occupied territory. Acquisition of occupied territory is incidental to a war, where the military forces of the occupying power come into the possession of territory previously held by another sovereign state. The Occupied Territories are not recognized by the EPC Award Committee, therefore no one DX Area is based on such territory.

5.8 Unrecognized States or Entities. Several of the world's geo-political entities lack general international recognition, but wish to be recognized as sovereign states or joint entities to another state. The degree of de facto control these entities exert over the territories they claim varies. Most are subnational regions with an ethnic or national identity of their own that have «broken off» (i.e. separated themselves) from their original parent state, and hence they are commonly referred to as «break-away» states. Some of these entities are in effect internally self-governing protectorates that enjoy military protection and informal diplomatic representation abroad through another state to prevent forced reincorporation into their original states. The EPC Award Committee will recognize a new created sovereign state or territorial unit under another state only in case when the sovereign state  or the territorial unit has been accepted by the United Nations and has been assigned an official call sign prefix bloc by the International Telecommunication Union (ITU).

6. Deleted Entities. Contacts made to claim DX Areas are considered at the time of application. If the previously worked DX Area became a deleted entity, it will be counted under the new created DX Area depending on the location of the worked station.