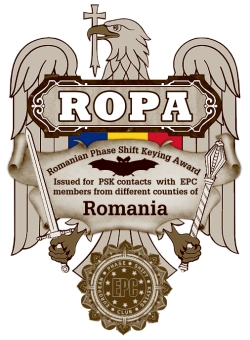 The Romanian PSK Award Series (ROPA) was devised by the European PSK Club (EPC) on 22nd May 2009. This was to sponsor a series of PSK awards based on the Administrative Geography and Amateur Radio activity in Romania. Any award in this series may be claimed by any licensed radio amateur, club station, or DMS (SWL) eligible under the EPC Awards General Rules who can produce evidence of having contacted or monitored amateur radio stations from Romania on B(Q)PSK31, B(Q)PSK63, and B(Q)PSK125 modes. Credit will be given for contacts made on any of the amateur bands below 30 MHz. 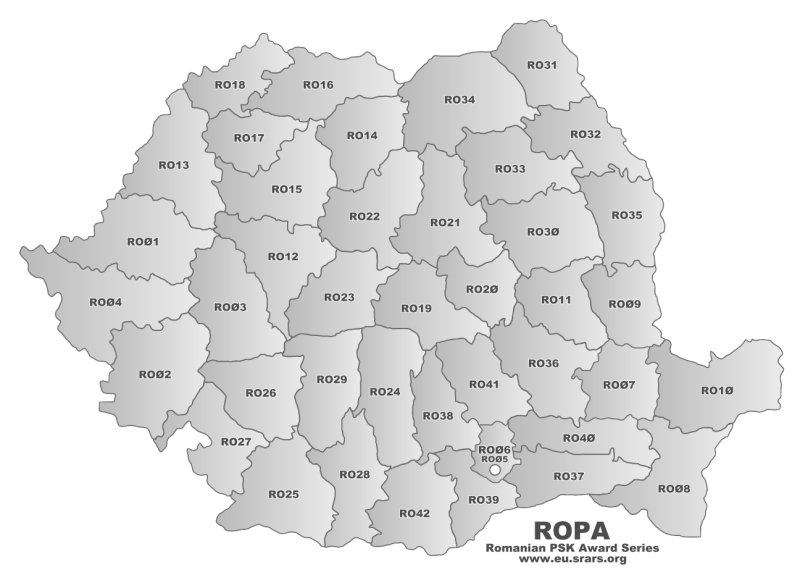 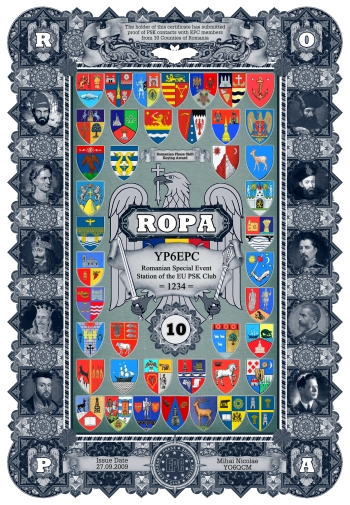 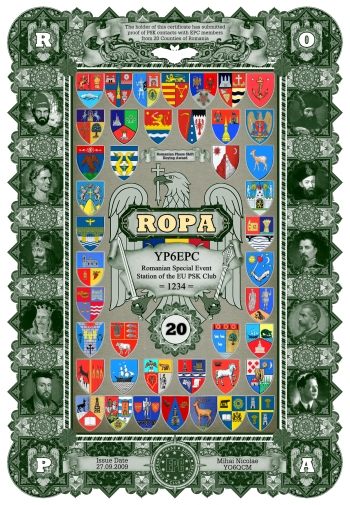 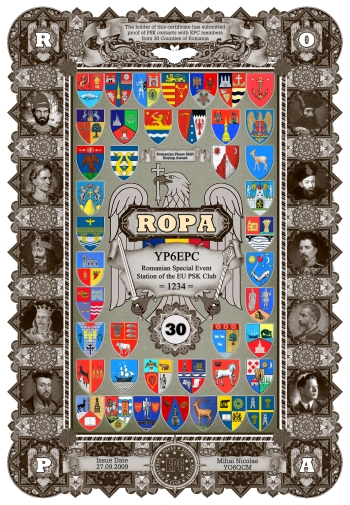 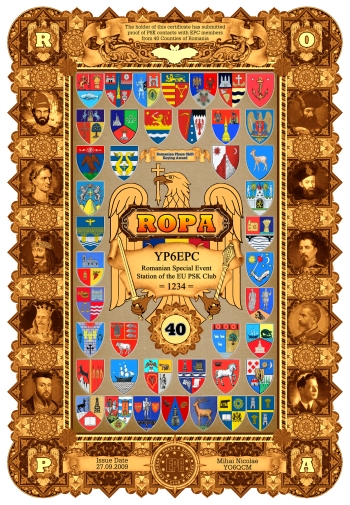