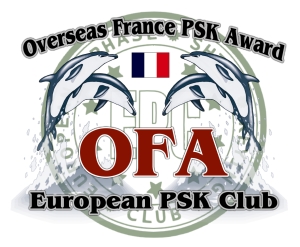 The Overseas France PSK Award Series (OFA) was devised by the European PSK Club (EPC) on 10th February 2009. This was to sponsor a series of PSK awards for contacts with amateur radio stations from the French Overseas Departments and Territories. The French Overseas Departments and Territories include island territories in the Atlantic, Pacific and Indian oceans, a territory on the South American coast, and several peri-Antarctic islands as well as an extensive claim in Antarctica.

OFA IV, OFA III, OFA II, and OFA I Awards may be claimed by any licensed radio amateur, club station or DMS/SWL eligible under EPC Awards General Rules who can produce evidence in a form of ADIF log of having contacted or monitored amateur radio stations from 3, 6, 9, and 12 different French Overseas Departments and Territories respectively at the time of application on BPSK31, BPSK63, BPSK125, QPSK31, QPSK63, and/or QPSK125 modes. Credit will be given for contacts made on any of the amateur bands below 30 MHz. Each overseas department or territory counts only once (see list below). Contacts are valid on or after 10th June 2006. 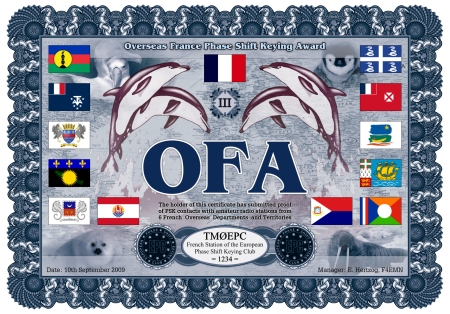 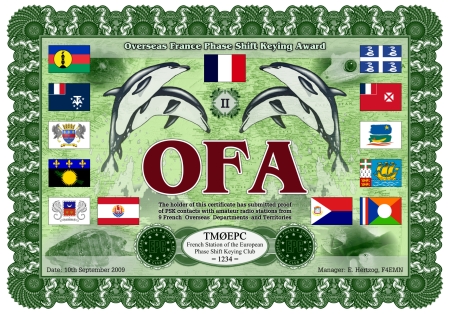 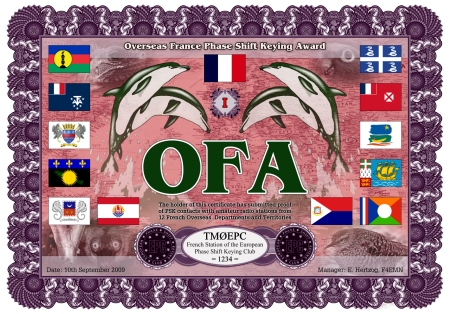