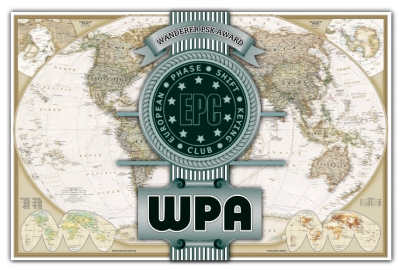 The Wanderer PSK Award Series (WPA) was devised by the European PSK Club (EPC) on 28th September 2008. This was to sponsor a series of PSK awards for contacts with amateur radio stations working portable or mobile from various World Wide Maidenhead Grid Squares. An instrument of the Maidenhead Locator System (named after the town outside London where it was first conceived by a meeting of European VHF managers in 1980), a grid square measures 1° latitude by 2° longitude and measures approximately 70 Ã— 100 miles in the continental Europe. A grid square is indicated by two letters (the field) and two numbers (the square), as in IO75, the grid square within which MM0EPC, Scottish EPC Club Station, resides.

WPA 100, WPA 200, WPA 300, WPA 400, WPA 500, and WPA 600 Awards may be claimed by any licensed radio amateur, club station or DMS/SWL eligible under the EPC Awards General Rules who can produce evidence in a form of ADIF log of having contacted/monitored portable or mobile stations from 100, 200, 300, 400, 500, and 600 different Maidenhead Grid Squares respectively on BPSK31, BPSK63, BPSK125, QPSK31, QPSK63, and/or QPSK125 modes. Credit will be given for contacts made on any of the amateur bands below 30 MHz. The same portable or mobile station is valid from different Maidenhead Grid Squares. All worked or monitored stations should have a portable or mobile identification after the call sign, such as /p, /m, /1...0, etc. Portable station means the station working outside of the home QTH. As much as possible we will maintain a list of the special portable expeditions working without the portable identification, such as MS0DGR, MS0EPC, etc. Maritime Mobile stations are not valid for this award series. For the purposes of this award, remote control operating is not allowed. Contacts are valid on or after 10th June 2006. 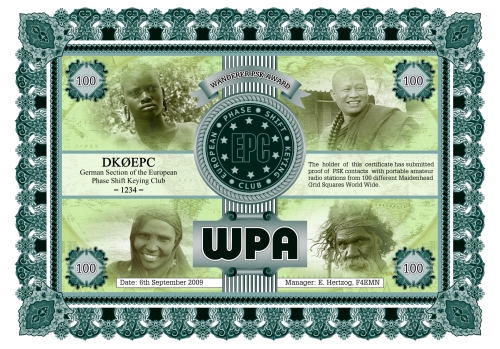 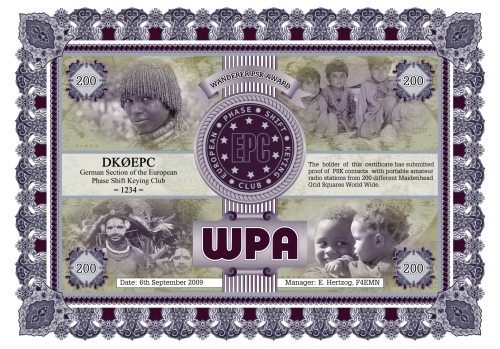 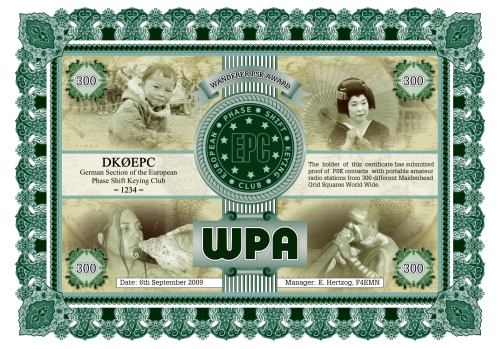 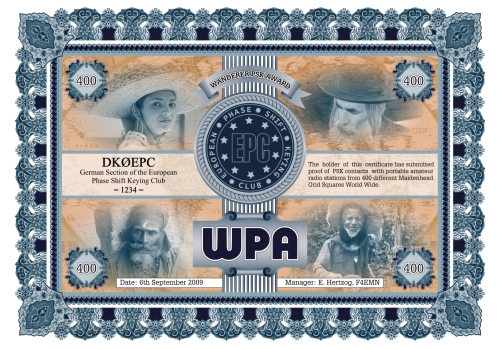 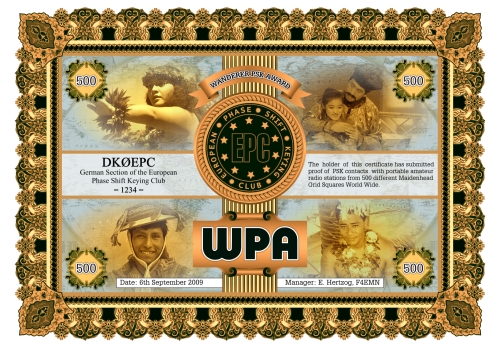 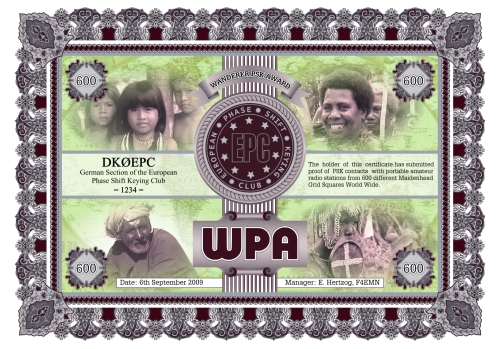