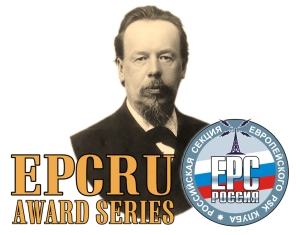 The EPCRU Award Series was devised by the Russian Section of the European PSK Club (EPC Russia) on 23rd March 2009. This was to sponsor a series of PSK awards for contacts with EPC members from Russian Federation.

EPCRU-III, EPCRU-II, EPCRU-I, and EPC-1000 Awards may be claimed by any licensed radio amateur, club station or DMS/SWL eligible under the EPC Awards General Rules who can produce evidence in a form of ADIF log of having contacted/monitored different EPC members from Russia, and earned 100, 300, 500, and 1000 points respectively at the time of application by using any PSK mode. Each contact with EPC member from European Russia is worth 1 point. Each contact with EPC member from Asiatic Russia is worth 2 points. Each contact with Russian EPC Club or Special Event Station is worth 10 points. Each EPC member counts only once. Contacts are valid on or after 10th June 2006.

Please note that there is an important discrepancy with WAC/DXCC "continent" standards. Six Russian UA9 regions or their parts are geographically located in Europe. These areas are: 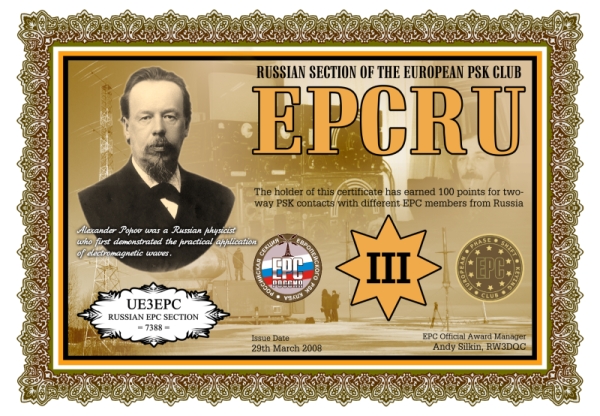 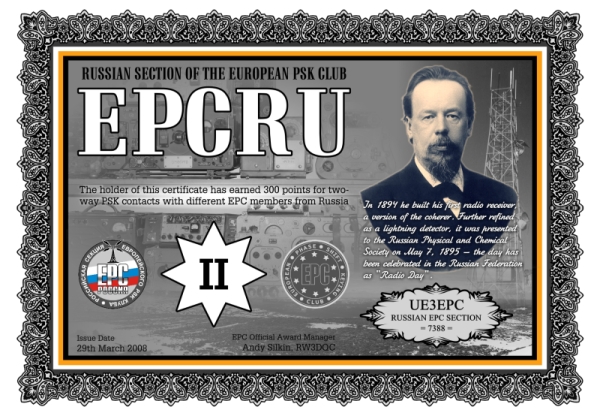 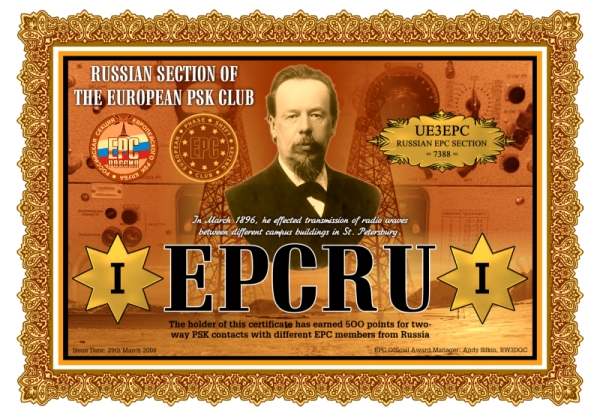 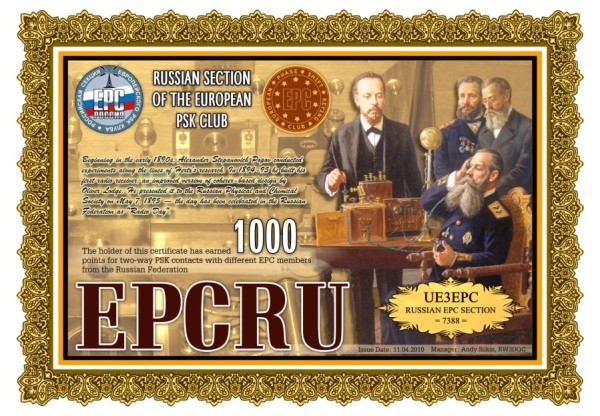