The Croatian EPC Station Award Series (CESA) was devised by the European PSK Club and Croatian Digital Group (CDG) on 16th March 2008 (idea and awards design by 9A3ZC). This was to sponsor a series of PSK awards based on PSK contacts with 9A1EPC Croatian EPC Club Station.

The CESA award may be claimed by any EPC member eligible under the EPC Awards General Rules who can produce evidence in a form of ADIF log of having contacted 9A1EPC on 80, 40, 30, 20, 15 and 10 metre bands by using different types of the Phase Shift Keying. The applicant should make 3 QSOs with 9A1EPC on any 2 different bands for CESA I Award, 2 QSOs on any 4 different bands for CESA II Award, and 1 QSO on each of the 6 bands mentioned above for CESA III Award. Contacts for CESA are valid on or after 3rd January 2008. 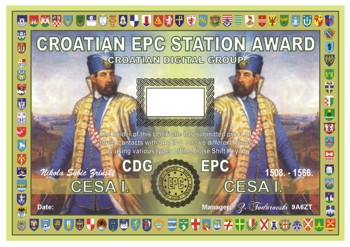 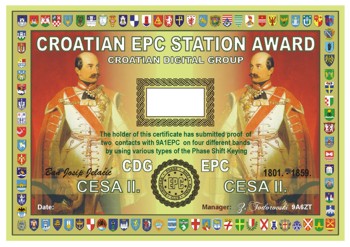 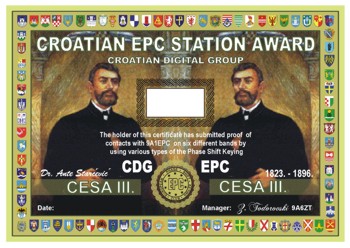