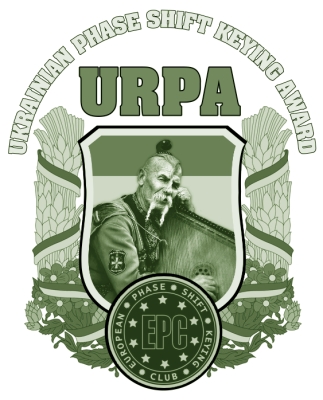 The Ukrainian PSK Award Series (URPA) was devised by the Ukrainian Section of the European PSK Club (EPC-UR) on 17th September 2009. This was to sponsor a series of PSK awards for contacts with amateur radio stations from various administrative regions (oblasts) of Ukraine (see table below). Ukraine is subdivided into twenty-four regions (oblasts) and one autonomous republic, Crimea. Additionally, the cities of Kiev, the capital, and Sevastopol, both have a special legal status. Amateur prefixes in Ukraine are EM, EN, EO, U5, UR, US, UT, UU, UV, UW, UX, UY, and UZ. Ukrainian stations in Antarctica use EM1 call signs series, these stations don't count for the URPA.

URPA III, URPA II, and URPA I (Top) awards may be claimed by any licensed radio amateur, club station or DMS (SWL) eligible under the EPC Awards General Rules who can produce evidence in a form of ADIF log of having contacted or monitored amateur radio stations from 15, 20, and all 27 regions respectively on B(Q)PSK31, B(Q)PSK63, and B(Q)PSK125 modes. Credit will be given for contacts made on any of the amateur bands below 30 MHz. Each region counts only once. Contacts are valid on or after 10th June 2006. 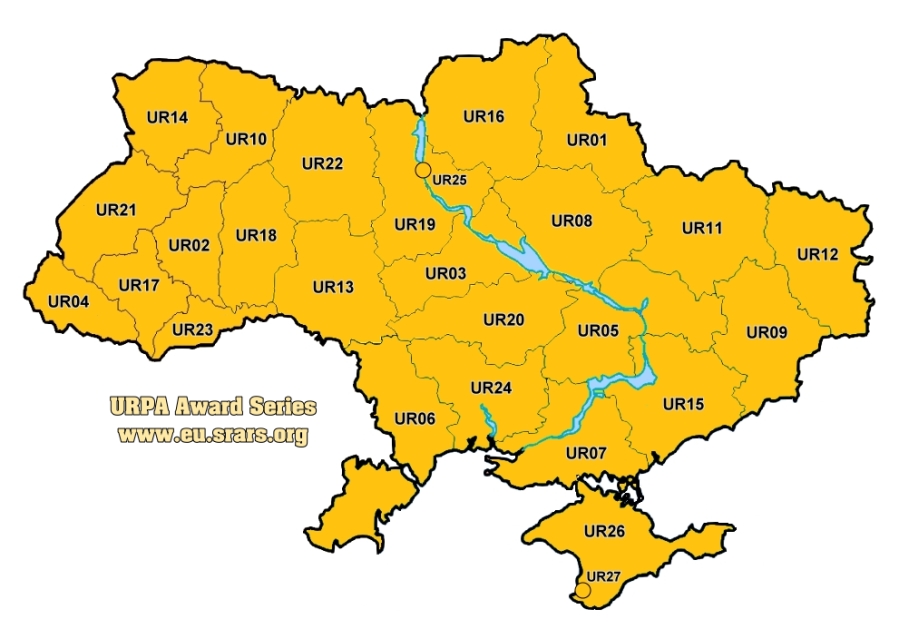 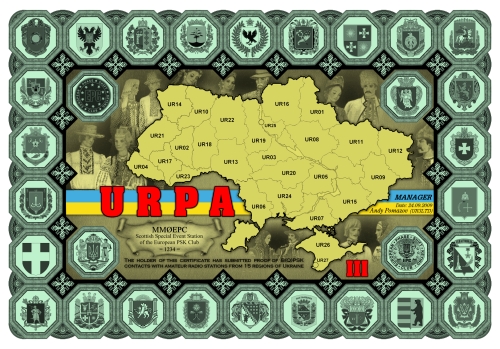 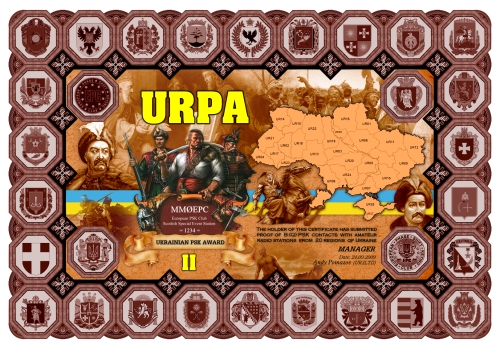 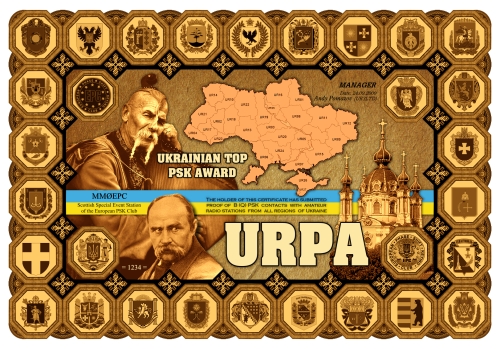