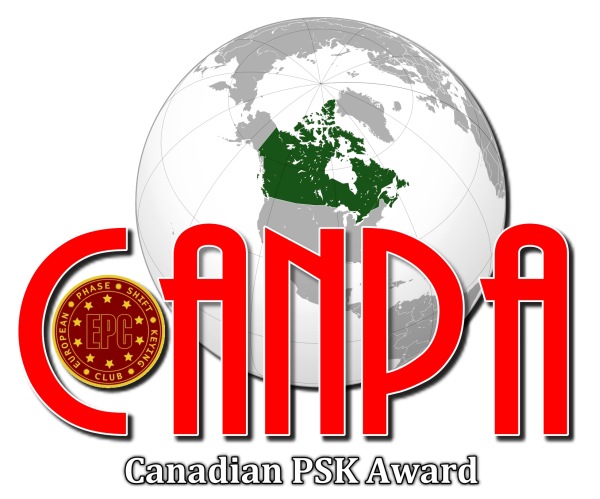 The Canadian PSK Award (CANPA) may be claimed by any licensed radio amateur, club station or DMS/SWL eligible under the EPC Awards General Rules who can produce evidence of having contacted all 13 provinces and territories of Canada. The ten provinces are Alberta, British Columbia, Manitoba, New Brunswick, Newfoundland and Labrador, Nova Scotia, Ontario, Prince Edward Island, Quebec, and Saskatchewan. The three territories are Northwest Territories, Nunavut, and Yukon.

Please make sure that the «STATE» field in your ADIF log contains correct province (territory) abbreviation as per the Amateur Data Interchange Format (ADIF) Specification. 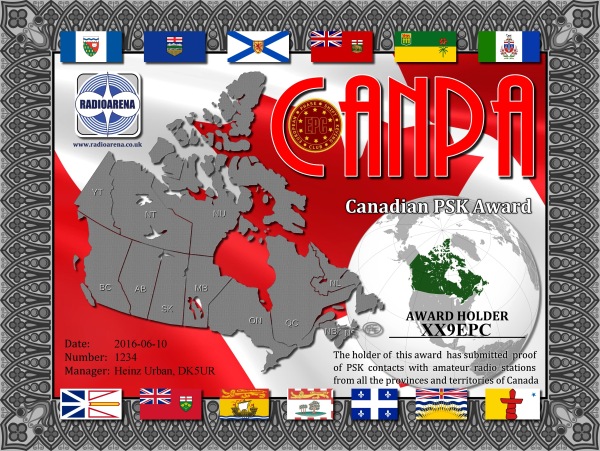